The family of 36-year-old Oluwashola Atunrayo Gaska (born Adefolalu) have called on the Nigerian government to pressure Polish authorities to open an inquest in to the circumstances surrounding the mysterious death and hasty burial of their daughter by Jakub Gaska, her Polish husband.

In a statement issued at a press conference, the family wondered why Oluwashola would die suddenly — with her body hastily cremated by her husband — when she had no previous history of health problems. 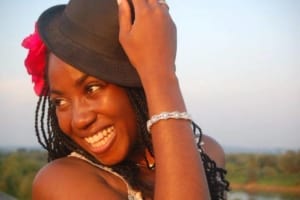 Sholly’s family say she was healthy and fun to be with. Photo Credit: Laila’s blog

“The news of the death of Oluwashola Atunrayo Gaska (nee Adefolalu) fondly known as ‘Sholly’ came as a rude shock to her family and friends back home in Nigeria. More devastating was the effect of the report of her cremation by her husband, just a few days after her death,” a spokesperson for the family and sister to the deceased Mrs. Abimbola “Salt” Essien-Nelson said.

According to Essien, she received a telephone call from Gaska on Wednesday, December 28, 2016, at about 11:28 a.m. local time that there had been an accident involving Sholly without disclosing the nature of the accident.

“The husband did not tell me the nature of the so-called accident. I was still conversing with the husband when the telephone was disconnected. The husband later called me back on the same day, stating that Oluwashola fell ill on Tuesday and that he and his sister took her to a hospital.”

Essien said she later received a telephone call from Gaska telling her that Oluwashola became unconscious and died. Gaska claims Sholly died later in the early hours of Wednesday, December 28, 2016.

“To date, the only proof of Sholly’s death is a scanned copy of the death certificate with the alleged cause of death being secondary anaemia and ‘tumour on the uterus,’” Essien said.

“We also made it clear to him that because of the sudden nature of her death, we want to see her corpse. We sent several sets of representatives from the Nigerian community to him in this regard, but he refused to allow anyone access to the corpse. His response was that Oluwashola said only Abimbola [Essien] and no other person should see her corpse.”

Eventually Gaska would go ahead to cremate Oluwashola’s corpse on January 2, 2017, without anyone from her family getting to see her, raising the suspicion that she may have been murdered.

Her family said Gaska told them in the middle of a heated argument, concerning Oluwashola’s funeral rites, that “the cremation will proceed as planned and there is nothing anyone can do about it.” 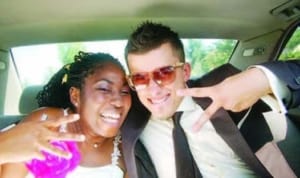 Oluwashola reportedly met her husband in the early 2000s, when she traveled to Poland to study Architecture, reports Naij. The two fell in love, and after graduation, the deceased informed her family that she intended to marry Gaska and settle in Poland. The couple got married in 2010 and lived in Krakow, Poland.

In her lifetime, Oluwashola taught English as a foreign language. She also made a tidy income from her photography business, which she ran from her home, since her husband was mostly out of work.

“The husband was in and out of employment between 2010 and 2016 as his highest educational qualifications was [a] high school certificate, though his last employer was the IKEA Store in Krakow, Poland,” Essien said.

“I constantly received reports that the deceased had constant frictions in the marriage due to the overbearing influence and meddling stance of her mother-in-law, and as a matter of fact, my sister had informed me of their plans to relocate to a separate house for the privacy of herself and her husband as there was no privacy whatsoever in the matrimonial home.”