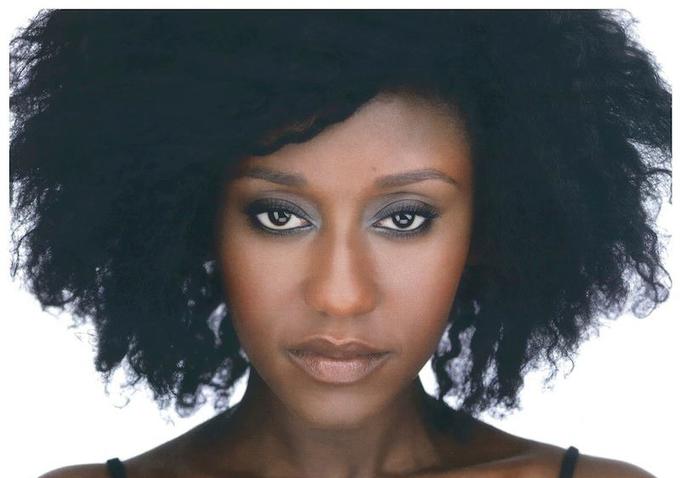 Actress Nana Mensah (pictured), a.k.a. “Sade” on the hit show “An African City,” has taken her career one step further with the offering of “Queen of Glory” (pictured throughout), which she writes, directs, and stars in. Now, Mensah is reaching out to her fans to raise the final $32,260 needed for post-production costs for the film. Face2Face Africa recently spoke with the stunning Ghanaian-American actress about her latest endeavor and what the public can do to facilitate this project seeing the light of day.

Face2Face Africa: What made you make this film?

​Nana Mensah: I decided to make this film​ because I felt I had to. It is rare for a dark-skinned Black woman to lead a film in America and not have the conversation circle around her Blackness. I — and many friends of mine in the diaspora — were yearning for more three-dimensional women of color in the media. Shonda Rhimes and Issa Rae are pioneers, but we are egregiously omitted from independent film, so I decided to stand up and make myself count. 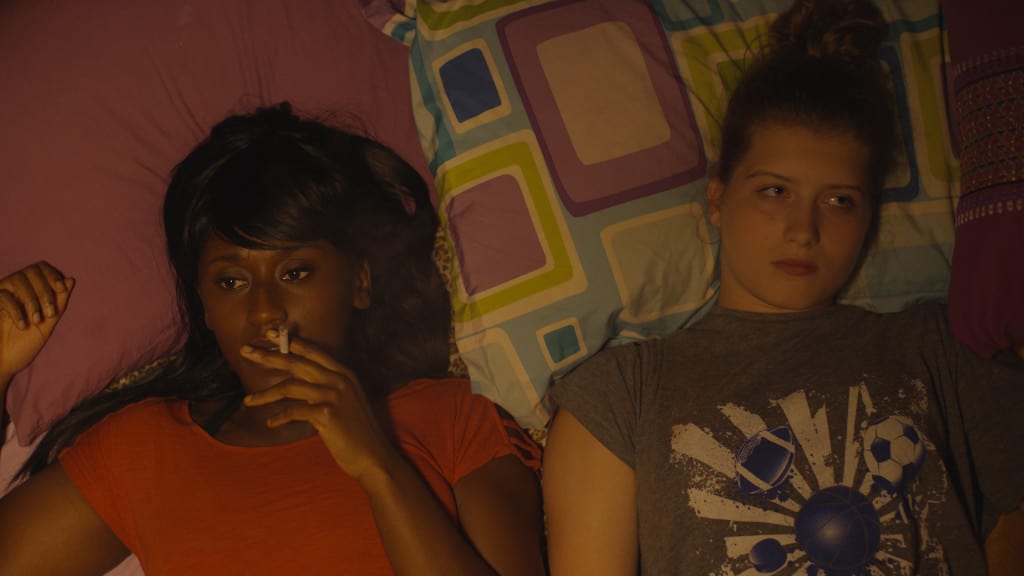 F2FA: What is ‘Queen of Glory’ about?

NM: “Queen of Glory” is about family, identity, and growing up in the face of grief. The film begins with our protagonist, “Sarah Obeng,” leaving her Ph.D. program at Columbia to follow her professor/married lover to Ohio. When her mother dies suddenly, Sarah becomes heiress to King of Glory Christian bookstore in the Bronx that is currently being run by the manager (and tattooed ex-convict), Pitt. To boot, she has to navigate making traditional funeral arrangements with her difficult father, who has flown back from Ghana, to bury his estranged wife. Life in the bookstore teaches funny lessons as “Sarah” attempts to equalize in the wake of sudden adulthood. 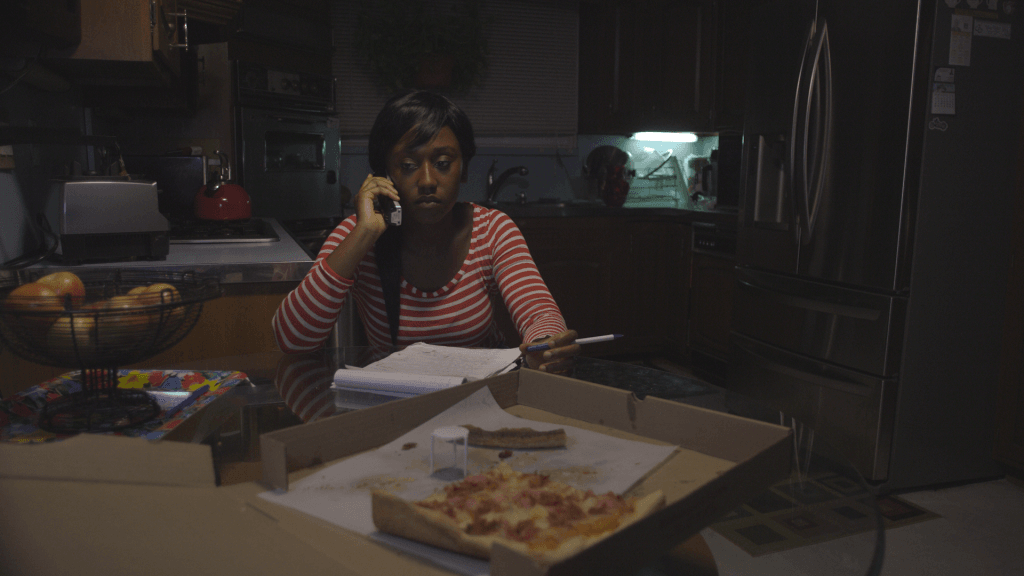 F2FA: Why is this film important to you?

​NM: The film was initially important to me because it was mine, but it grew in importance as I started bearing witness to this newly heightened climate of intolerance toward Black and Brown people​. When the majority seeks to marginalize, minorities are relegated to the periphery of media (see 1930s Germany, pre-Apartheid South Africa, Israel/Palestine, etc.) and either caricatured or villified or both. I think films featuring fully fleshed out Black characters are not only entertaining, but revolutionary.

It brings to mind the Junot Diaz quote, when he addressed an auditorium full of college students and said:

“You guys know about vampires?” Diaz asked. “You know, vampires have no reflections in a mirror? There’s this idea that monsters don’t have reflections in a mirror. And what I’ve always thought isn’t that monsters don’t have reflections in a mirror. It’s that if you want to make a human being into a monster, deny them, at the cultural level, any reflection of themselves. And growing up, I felt like a monster in some ways. I didn’t see myself reflected at all. I was like, “Yo, is something wrong with me? That the whole society seems to think that people like me don’t exist? And part of what inspired me, was this deep desire that before I died, I would make a couple of mirrors. That I would make some mirrors so that kids like me might seem themselves reflected back and might not feel so monstrous for it.”

F2FA: What have you been working on in addition to this film?

NM: ​I’m working on a few scripts — I’m currently battling writers’ block on a romantic comedy script geared toward the African and diasporan audiences. I’m also (always) tinkering on the script that started my writing career — Koforidua Flower — a historical biopic set in 1940s to 1950s Gold Coast/Ghana. What else? I’m also penning a couple of scripts for “An African City Season 2”! ​ 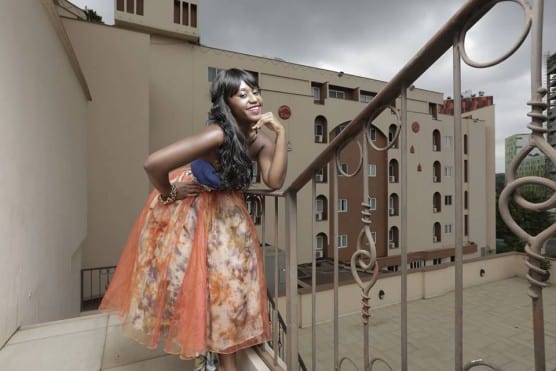 F2FA: When is an “African City” coming back?
​
NM: Ha! Speaking of! We will be back middle of this year. I think that’s all I can say with​out getting sued.[Laughs]

F2FA: What other projects do you have that we can look forward to?

NM: Oh gosh, too many to name. I’ve got documentary ideas, novel ideas, television pilot ideas. I’m throwing darts at the proverbial board, so we’ll see what sticks.​ 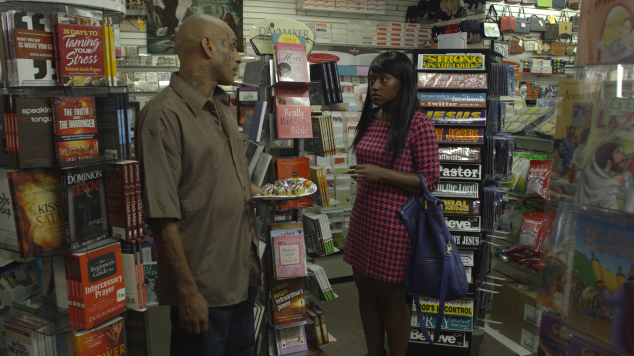 F2FA: Why should the public support the “Queen of Glory”?

NM: I think Ghanaian people will positively respond to this sort of film because it speaks to two generations, the traditional immigrant generation and the new generation, who are just trying to navigate being both American and other.

“Queen of Glory” is slated to be released this fall. You can learn more about the film and donate money here.