Last two weeks Sunday was the 10th year anniversary of September 11, 2001, the day where thousands upon thousands of lives were lost, innumerable homes were broken and hearts across the globe were crushed as minds wondered how such cruelty could dare end the lives of so many innocent people. Ten years later we take time to reflect on the incident and how we have not allowed the tragedy to tear us down but used it as an opportunity to grow, partake in necessary soul-searching and repair what was meant to be forever damaged. We think back to a time when fear and uncertainty clouded our minds as we reflect on the impact 9/11 has made in our lives.

We asked the below people about their thoughts and feelings regarding 9/11 and here’s what they had to say: 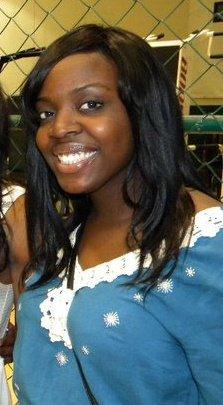 Major: Kinesiology with a focus on Exercise Science

"When 9/11 happened I was in class, Mata Intermediate, getting ready to take a test.  I didn't know how to feel when I first heard the news. I would usually give out a scream or a gasp hearing of such an occurence, but I was completely emotionless.  Minutes later, one emotion that emerged was confusion. I was confused as to how people could be so wicked, cruel and heartless to the point that they spend their lives to hurt others. I suddenly began to think of one of my favorite uncles, Uncle Jasper, and whether or not he was alright.  Thankfully he was no where near the incident.  It's been ten years since then and I'm still confused as to why the incident happened and why those innocent people perished.  Since that day, my views of the human race have changed.  Not everyone you meet is on your side.  Some are for you while others are completely against you even to the point of death.  My relationship with God is much more stronger now. He knew why He allowed 9/11 to happen. Although it doesn't make sense to me, I am no one to question what God allows.  9/11, in spite of the tragedy it was, has caused us as a country to wake up from our slumber and false sense of security. Anything can happen at any time, but the pain is easier to take when prepared for." 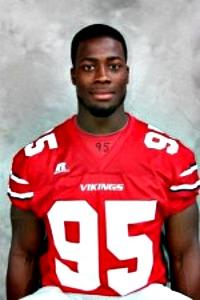 "When the news of the terrorist attacks first got to me I was in sixth grade and an announcement came over the PA system telling the students that the Twin Towers in NYC had been targeted by terrorist attacks. Being in the sixth grade, there is a certain level of immaturity and ignorance that naturally comes into play. My first reaction was the ‘do unto others as they have done unto you’. So I asked the teacher why not return the favor back to them and fly planes into their country. I knew that our country’s military power was bigger than their country was so we could easily eradicate them off the face of the earth. Looking back ten years now, I see that that wouldn’t have helped anything at all. My belief in Christianity also told me that that isn’t the correct way to handle things because in Matthew 5:39 Jesus says, “But I tell you, Do not resist an evil person. If someone strikes you on the right cheek, turn to him the other also.” This verse is not telling us that we shouldn’t retaliate, but that we should respond to what has happened to us in a way that pleases God. Honestly, I feel that the government handled the situation the best way they knew how." 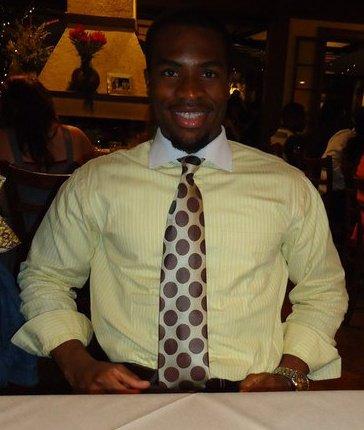 "On the day I first heard about the 9/11 attacks, I was a student at Owens Intermediate School. I had just gotten to school when the first plane crashed and my history teacher had turned on CNN so that we could all watch and keep updated. The moment I heard that, my heart began to palpitate. Seconds became minutes and minutes gradually turned into hours. I was worried that terrorists would attack Houston next. Being a young boy I could not fully comprehend why terrorists would want to kill innocent people. I told myself everything would be alright and that our nation would survive. Now, ten years later, as a man ready to graduate from University, I see things differently. From the tragedy of 9/11, I have learned that the world is full of evil, and that there are people who live their lives with one purpose only- to kill. Killing only brings about pain and anger. My faith in Christ grew a lot from the 9/11 attacks. September 11, 2001 is a day that many people on this earth will never forget. That day showed me that life is too short. It also showed me that we cannot continue to live in the past. We must press on toward the goal in which God has called us heaven bound. It showed my country that tomorrow is not certain. So let’s spread the love of God to everyone everywhere."

"I'm hearing songs from the hip-hop community that say, "Bush knocked down the towers." I'm reading that 9/11 was an inside job. When gas prices go up, people say, "We're not killing enough people in Iraq." I'm hearing that it's all about the numerology. It's about oil and money. I remember being terrified of getting anthrax in my birthday card. Ten years later, I'm wondering why we're opening up old wounds and pouring the Atlantic into it. But I'm realizing that the horror is not so much in the fact that I still don't know who's to blame. The horror is in the fact that people as a WHOLE don't understand the capacity of Hate. 9/11 was a hate crime. The wars in the Middle East are hate crimes. And when I think about burning buildings and hanged Husseins, I see one affiliation, and one affiliation only, and that is Hatred. Hate is not only the disregard for the well-being of others; it is the premeditated dehumanization of others. I'm more than sickened that people have been more concerned with the whos and the wheres and not the actual WHAT–which is that terrorism is all around us. Here and there. I am sickened to hear people boast of the solidarity this country had after 9/11, after Hussein was hanged, after Osama was killed. Seriously? We are the Divided States of Hysteria. It's not cool. 9/11 was merely a precursor to my social and spiritual awakening. Since then, I've lost pretty much all faith in our government, in our soldiers, in the masses. I cannot condone fighting terror with terror. It pains me that so many lives were lost and are continuing to be lost with not so much as one legit reason. There is no legit reason for war. And I also believe that 9/11 is not the only day that needs a memorial. Every day that there is talk of New World Order, false prophets, and Wallstreet needs a memorial…because there is a steady depreciation of human value. And I'm more aware of that than I've ever been before. My heart goes out to all the suffering families that must be reminded every year of their losses. And my heart goes out to all the people, all over the world, whose lives are affected by hate. And that, my friend, is everyone."