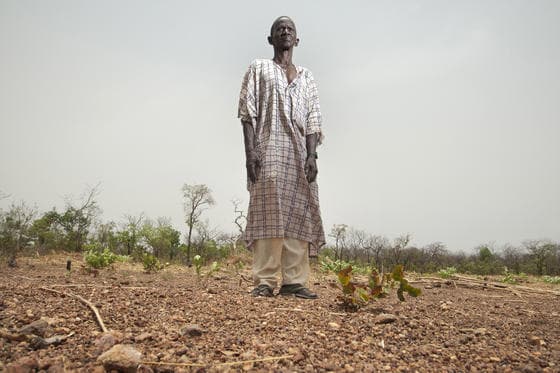 Oxfam America, an International Development and Relief Agency, has partnered with several musicians to shed light on the food crisis in the Sahel region of West Africa.

The Sahel region is the zone of transition between the Sahara desert and the Sudanian savannahs. A lethal combination of drought, poor harvests and rapidly increasing food prices has put over 18 million people in the region at risk of hunger, malnutrition, dehydration and even death.

Baaba Maal, Afel Bocouma and Sidi Toure are all musicians from the region who are using their influence to raise awareness on this crisis. They are now Global Ambassadors for Oxfam.

Baaba Maal, a Senegalese singer and guitarist born in Podor, has launched his own fundraising page and is asking fans all around the world for help. He says:

“Oxfam’s personal fundraising page gives me the opportunity to take action against hunger in the Sahel. My fans worldwide are amazing and generous, and I would be so honored if all those who enjoy my music would help me support families who do not have enough to eat. Drought is inevitable in the Sahel, but hunger is not.”

Afel Bocoum is a musician from Niafunke, Mali who is encouraging commitment from the public on this issue.

Sidi Toure is a singer and songwriter from Bamako, Mali who is raising awareness while on a summer tour in the US. He also lent his music to Oxfam for a video about the crisis, which can be viewed at oxfamamerica.org.