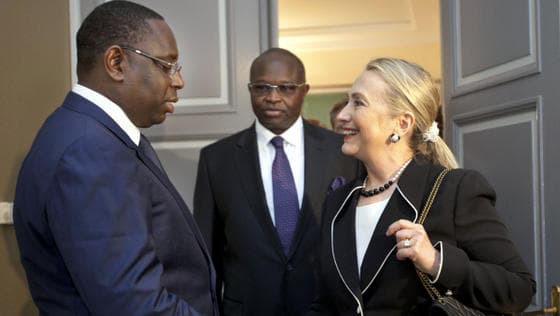 Hillary Clinton, US Secretary of State, landed in Dakar, Senegal to begin a tour in Africa. The tour will last eleven days, during which she will visit South Sudan, Uganda, Kenya, Malawi, South Africa and Ghana.

The BBC’s Thomas Fessy reported that this visit comes at a time of growing threats in the Sahel region, where the US military is playing an increasingly important role.

Africom, the US Africa Command, has been supporting significant resources into training forces throughout West Africa. Clinton and Senagalese President Macky Sall are expected to have discussions about security issues, most notably the recent seizure of parts of neighboring Mali by Islamist militants.

On Friday, Clinton will travel to South Sudan, thus becoming the most senior US official to visit the country since it’s independence last year. Clinton will also meet with world-renowned anti-apartheid activist Nelson Mandela in his hometown of Qunu, South Africa.

Ghana will be the last stop of the tour on August 10th for Clinton so that she may attend a state funeral for the late Ghanaian President John Atta Mills.