African-American poet Langston Hughes, considered one of America’s greatest poets and writers and the leader of the Harlem Renaissance, died on this day in 1967.

Born James Mercer Langston Hughes on February 1, 1902, in Missouri, Hughes started writing when he was just 13 years old.  At the time, he was living in Lincoln, Illinois with his mother and her husband after his parents divorced.

Hughes published his first poem ‘The Negro Speaks of Rivers’ in 1921 and in 1926, he published his first book, The Weary Blues, when he was just 24 years old. The book focuses on the African-American experience at the time during the rise of intellectual and cultural awareness in Harlem. 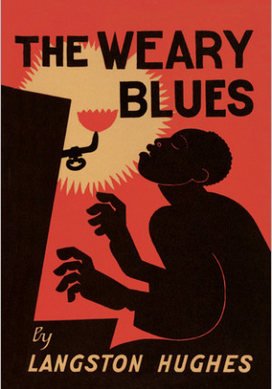 His style of poetry is referred to as Jazz Poetry, a genre that he had innovated. This genre featured the inclusion of syncopated rhythms and repetitive phrases of blues and jazz music. Jazz was a huge part of the Harlem Renaissance and a source of pride for African Americans.

Hughes was also a great Pan-African, thanks to his great friendship with Nigeria’s first president Nnamdi Azikiwe. They were both students at the Lincoln University, where they promoted the Transatlantic cultural and literary awareness.

Hughes went ahead to publish eleven plays and countless works of prose including his memoir, The Big Sea. He also edited a series of poetry collections.  He won a number of awards and an eponymous literary society was set up to honour him.

The house he lived in at 20 East 127th Street in Harlem is currently known as the Langston Hughes Place and was elevated to a landmark status by the  New York City Preservation Commission.

Hughes died due to complications from prostate cancer in New York City.

Here’s a video of Hughes reading his poem to the music of a jazz band in 1958.