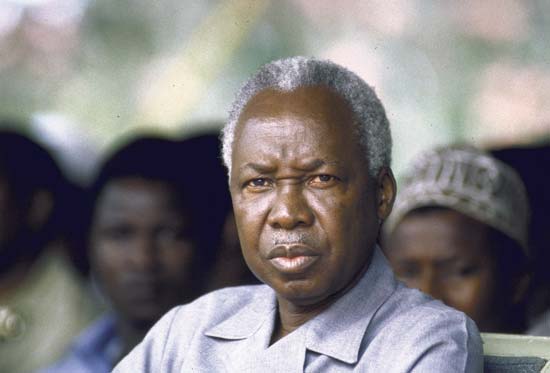 Julius Kambarage Nyerere was one of founding fathers of Tanganyika (now Tanzania) who ruled for 25 years before retiring. He attended elite schools in Kampala and Edinburgh. Although he achieved great strides in health and educational development in Tanzania, the country was poor and aid-dependent by the time he left.

On the world stage, Nyerere was an untiring advocate of Pan-Africanism and was one of the founding fathers of the Organisation of African Unity (OAU). He was reputed to have intervened in militant causes all over Africa and was instrumental in causing uprising in some African countries as well as supporting human right causes. During the Cold War, he enjoyed amicable relations with both the West and the Soviet Bloc although his personality was highly controversial. He died of leukemia in London in 1999.