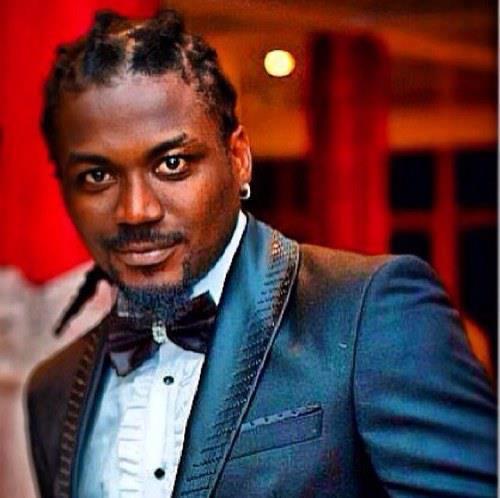 During a recent interview, Ghanaian dancehall sensation Samini (pictured) reportedly gave his thoughts on polygamy, stating that the practice is positive and should be continued, according to GhanaWeb.

Speaking with the “Delay Show,” Samini, who has often been rumored to have two wives, reportedly said that polygamy is for “responsible” men.

“Polygamous men in his view are responsible men, who are not ashamed to take responsibility of their children and wives. Such attitude, according to him, prevents broken homes and fosters marital harmony.”

While Samini is currently legally married to one wife and has four children, he reportedly went on record to say that he has been in more than one relationship at the same time.

“[Samini] admit[ted] his involvement with two women at a particular time, but said the relationship had to be called off due to lack of understanding among them.”

For Samini, polygamy is both personal and familiar because his people, who are from a northern town in Ghana called “Wa,” often practice it and are, according to the artist, successful with it “if the parties involved understood each other.”

Samini’s alleged comments set off a firestorm on the Internet, with readers arguing about whether polygamy is indeed a traditional part of African society that has been suppressed due to Whites.

“I AGREE TOTALLY WITH YOU. THE ONLY REASON WHY THE WHITEMAN SAYS POLIGAMY IS WRONG IS BECAUSE THEY CANNOT STAND PRESSURE AND THEY DO NOT HAVE THE STAMINA TO SATISFY MULTIPLE WOMEN IN A DAY. IF THEY CAN DO THESE THINGS THAT I MENTIONED, POLIGAMY WOULD HAVE BEEN THEIR THING. WHATEVER THEY ARE INCAPABLE OF DOING IS A SIN OR WRONG. IF THEY CAN BE ABLE TO CONTROL EVEN HAWKERS AND TAX THEM, THEY WILL TELL US IT’S A PROFESSION JUST LIKE THE WEE CASE. NOW THAT THEY HAVE COME UP WITH A WAY OF MAKING PEOPLE GET WEE CARDS, IT IS OK TO CARRY CERTAIN AMOUT. NA COS OF THESE PEOPLE THAT BE WHY THE WORLD IS LIKE THIS. THEY ARE JUST…… LORD SAVE MY PEOPLE FROM THIS MENTAL SLAVERY. DON’T GET ME WRONG, I WILL NOT KEEP ANY MAN WHO DECIDES TO HAVE ANOTHER WOMAN BESIDES ME. THX FOR READING. AM NAA.

Women Makes It Possible for Men Like Him, disagreed, though, saying that women are to blame:

“Why are you guys insulting Samini? isn’t it the women that make it possible for him to play them like that? women now a days don’t have shame and morals. they will tell you they don’t care even if you have someone and sometimes even pretend they didn’t know the man was not single in order to be able to point finger at the man when he shuns her. they do that to me all the time when am with ma man but I don’t care and am not scared because I have never done that to anybody so God will not let him fall for that in Jesus name………Amen.”

“The problem is we have lost touch with our roots. traditionally we are polygamous . as to whether its good or bad thats another topic. muslims practice polygamy too. just because the white man says its wrong does not make it wrong.everything the black man does is evil from our way of worship to our way of life according to our slave masters. free yourself from mental slavery.”

Yet still, not everyone agreed with Samini. Really? said:

“YOU ARE SUCH A BAD EXAMPLE FOR OUR KIDS.PLEASE DO NOT MIX BEING A PLAYER WITH HAVING TWO WIVES.WHO DOES THAT IN TODAY”S DAY AND AGE……YOU SUCH AN…..YOU CAN TEACH SUCH NONSENSE TO YOUR KIDS AND NOT OUR COMING YOUTH,WE HAVE ENOUGH PROBLEMS GOING ON NOW IN THIS WORLD.”

Samini has been on the music scene since 1999, but released his award-winning debut album, “Dankwasere,” in 2004. Since then, he has collaborated with dancehall and reggae’s best, including Damien Marley, Steel Pulse, Sean Paul, Beanie Man, and more. “Dagaati” was his last studio album, which was released in 2008.