The Socio-Economic Rights and Accountability Project (SERAP), a Nigerian economic and social rights advocacy group, has written to U.S. President Donald Trump, demanding the return of $500 million that was stolen by the former Nigerian President General Sani Abacha during his reign.

In an open letter addressed to Trump, SERAP says it has reason to believe that the millions of dollars, which are part of the more than $4 billion allegedly looted by Abacha, are being held by the United States.

“[We ask the U.S.] administration to attach and release to Nigeria some $500 million worth of U.S.-based proceeds of corruption traced to former Nigerian dictator General Sani Abacha,” SERAP writes.

“SERAP’s request is fully consistent with the UN Convention Against Corruption, which both the United States and Nigeria have ratified.”

The organization further insists that this amount is separate from the $480 million of the funds, believed to belong to Abacha, forfeited to the United States following the U.S. federal district court order issued in August 2014.

Seizure of Proceeds of Corruption

In the open letter, dated February 3, 2017, the group asks President Trump to instruct the U.S. Department of Justice to initiate civil asset forfeiture proceedings against the proceeds of corruption by Mr. Abacha.

It also requests Trump’s administration to fulfill several commitments by the United States to assist Nigeria in recovering funds stolen from its public coffers by former government officials.

“SERAP urges your new administration to initiate discussions with the Nigerian government to fulfill these objectives within an agreed framework and timeline,” the group writes.

The organization wants the two governments to acknowledge the important role played by civil society in the push for asset recovery and commit to promptly sharing information relevant to civil society organizations regarding stolen assets. 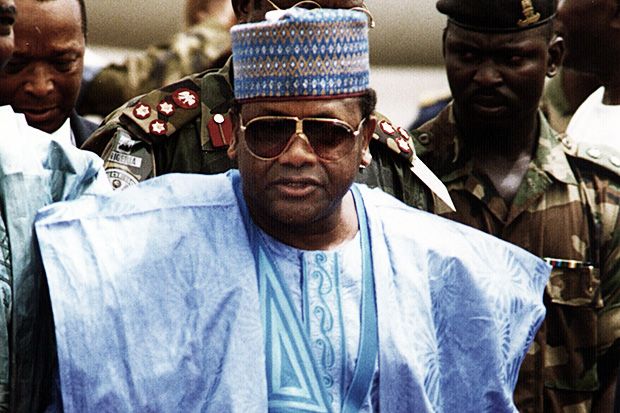 The late-Sani Abacha served as the de facto President of Nigeria between 1993 and 1998. Before becoming president, Abacha served in the Nigerian army as a general and chief of staff and actively participated in the 1985 coup that brought then-President Muhammadu Buhari down.

In 1993, General Abacha overthrew the transitional government of Chief Ernest Shonekan and went ahead to give his administration absolute power and the right to detain anyone for up to three months without trial.

Abacha’s administration was marred by numerous allegations of human rights abuses, including the hanging of Ogoni activist Ken Saro-Wiwa and the jailing of Moshood Abiola and Olusegun Obasanjo for treason.

In 2004, Abacha was ranked as the fourth most corrupt leader in history.

In 2014, the United States Department of Justice announced that it had frozen more than $458 million believed to have been illegally obtained by Abacha and other corrupt Nigerian government officials.

Mr. Abacha died mysteriously in his presidential villa in Abuja in June 1998.