The 36-year-old singer and music entrepreneur has traveled to the United States to be by his wife’s side as they await the birth of their child, according to NAN.

After dating since 2015, D’banj, whose real name is Dapo Oyebanjo, married Kilgrow, who is of South African, Nigerian, and American heritage, in a private and secret ceremony that was held in July 2016.

D’banj has managed to fly under the radar with his private affairs since parting ways with longtime associate and producer Don Jazzy in 2011, and he has repeatedly maintained that his private life, including his marital status, is nobody’s business.

“My marriage is my business, and it is none of your business. Whether I am married or not, mind your business. If you ever see a wedding ring on my finger, fine, but if you don’t, fine,” he once told reporters.

“The truth about it is that it is very important to know what you want as a brand. As a brand, I wanted to focus on the business side and keep my family and private life private and concentrate on CREAM.” 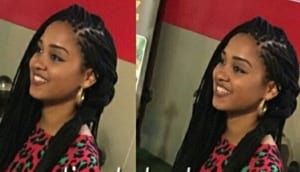 D’banj, who refers to himself as an “entertainer,” is best known on the international scene for his 2012 summer hit “Oliver Twist,” an up-tempo dance fusion of Afrobeat and electronic dance music.

The song topped the African charts, ranking among the top 10 hits in the U.K. singles chart and reaching No. 2 on the U.K. R&B chart.