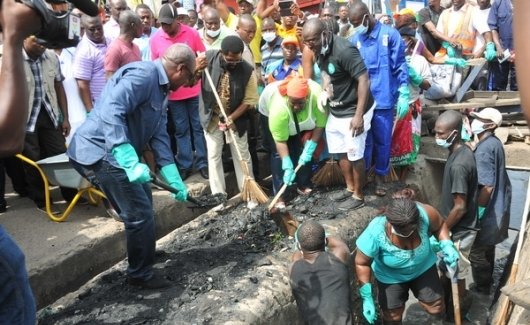 African leaders ordinarily do not get on the grounds to do dirty jobs, but when it comes to canvassing for votes, they are ready to do anything at all.

Ghana’s former president, Jerry Rawlings has been described as the one to have set the pace for these kinds of jobs for other African presidents to follow. Since then, other former presidents like Ghana’s John Mahama have been seen cleaning gutters largely for votes. 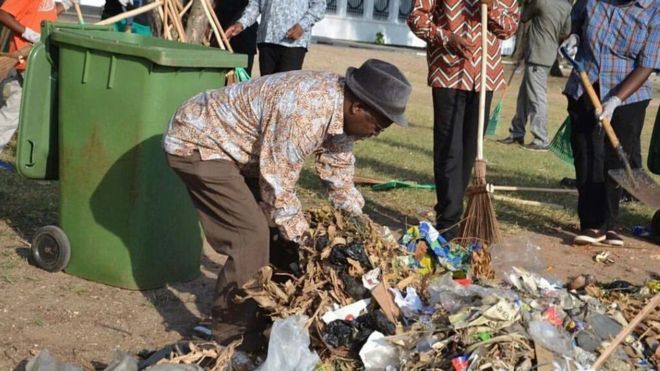 In 2015, Tanzania’s president, John Magufuli was captured collecting rubbish from the street outside the State House as he joined hundreds of residents for a clean-up exercise in the city, Dar es Salaam.