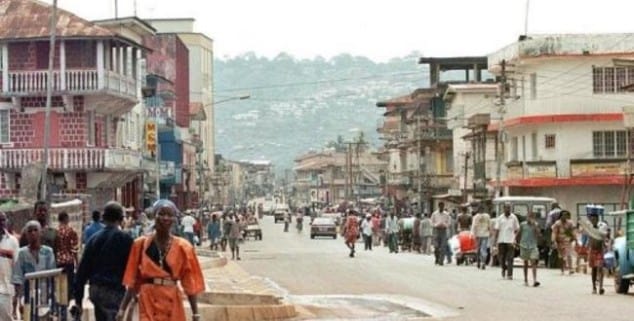 Before entering a country, I read up on everything I can find about it in libraries and in the popular press. There was a very lively publication called “Jeune Afrique,”which was very informative. I did not read for political interpretation, which I hoped to make for myself in due course. I read the Soviet, Chinese, and domestic press and literature, and I read history. From my studies, I came to the personal and unscholarly conviction that the Germans had made the keenest analysis of African society, because they were very industrious in their investigation and description of how social groups organized and worked.

Freetown, the capital of Sierra Leone, was almost like my home of Guyana due to its creole speech and the various races mingling in in the market place. It did not hold a place of influence in the continent or in West Africa. The capital, the only place I saw, was the closest to the Caribbean in my sense. In 1965, it was apparently the least streamlined or regimented. In other words, while nations, such as Ghana and a few other places I had visited, were focused on having a kind of national march or beat for development, clearly, this was not at work in Sierra Leone, when I got there in the 4th year of independence.

There were two main language groups of Africans: the Mende and the Temne. English was the official language and Krio (creole) was the popular tongue everyone understood.

When I arrived, I didn’t know anyone and only had a reference from a UN representative who had urged me like so many others to visit his country and explain Guyana’s political situation, which they all had known only from the standpoint of Dr. Cheddi Jagan and the People’s Progressive Party. They wanted me to explain to their government the political situation in Guyana, where the ethnic issues between Africans and Indians were drowned out by Cold War compulsions that were masked as ideology.

At the time, Guyana’s tortured internal affairs had often been discussed in the UN special committee. There was racial violence, and Guyana’s Africans were being misrepresented in favor of Indians who were led by a professing Marxist (Jagan) I had once supported. Later on, I wrote a book about the issue called “Guyana: No Guilty Race.”

My visit to the Prime Minister’s Office was revealing: As I sat in the waiting area, I heard voices in measured conversation, but what I was hearing was a familiar language — not Mende or Mandingo — but a very familiar Guyana creolese. The difference was that in Freetown, educated people spoke creole without any risk of being looked down upon, but in Guyana, creole speakers were considered to be “not well spoken” and marked down socially. 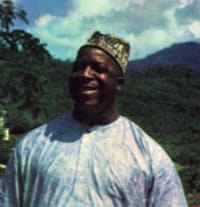 Mr. Albert Margai (pictured), dressed in his traditional wear and headdress, sat behind his wide desk and smiled, “You are welcome.” He was a big man in size and very warm in manner. He was glad to hear of the subtleties of Guyanese politics and from the Premier of Guyana who were promoting a resurgence of the African personality Kwame Nkrumah Cultural Initiative that had adherents in all or most ideological camps.

I once heard a politically superintelligent modernist say, “Every African has an inferiority complex.” I had not been  conscious of one — and still am not. I felt pity for him and wondered whether it had to do with his higher education.

Prime Minister Margai presented me with two publications: One was about Sierra Leone, and the other bore his photograph on the front cover and was titled, “Margai of Africa.”

On the way out, I paused to thank the public servants, saying something like, “Me na listen but me bin a hear de canvasation. An me understand am. Becauase wheh me come fram awee a talk de same language.” They leaned back in their chairs and laughed heartily, with one almost choking. They took my room number, and we met again.

I joined a taxi with a single passenger, a young woman, probably Lebanese. A young man entered and he soon began trying to touch her. She  resented the approach and pushed him back saying in good creole,”Me na want none Lebanese boy.” She left the taxi. This was some time before the military stepped in and out and before Siaka Stevens and the 1978 referendum led to a one-party state.