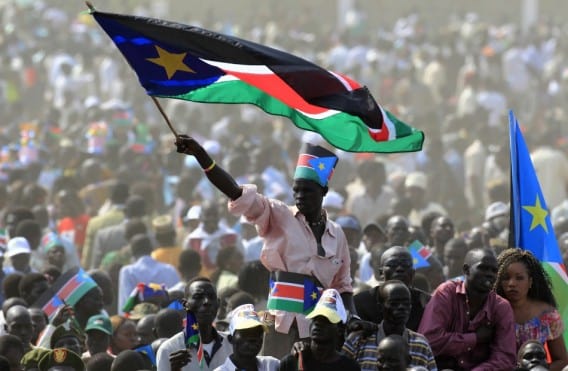 After years of marginalization, oppression, and mistreatment of the South Sudanese as second-class citizens in Sudan, the frustration of fighting the dictatorial regime of President Omar Al Bashir led to a referendum, where nearly 99 percent of South Sudanese voted for separation from their Northern counterparts.

Thousands traveled back to their home country to vote with the hopes of guaranteeing a better future for this and future South Sudanese generations. South Sudan finally gained its independence on July 9, 2011, making it the world’s youngest country. 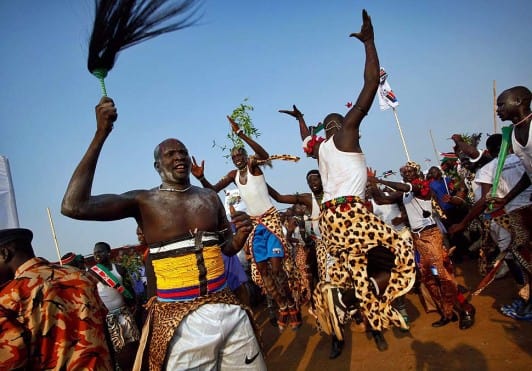 JUBA, SOUTH SUDAN – JULY 09, 2011: Tribes from across the country came to dance and sing during independence celebrations in Juba, South Sudan, Saturday July 9, 2011. South Sudan raised the flag of its new nation for the first time on Saturday, as thousands of South Sudanese citizens swarmed the capital of Juba to celebrate the country’s birth. (Barbara Davidson / Los Angeles Times)

“Nina ligu hurria” (we got our freedom) was the song sung by South Sudanese on the day of independence. Three years down the line, it appears the vision millions shed blood and lost their lives for has been lost. Many of the promises made by South Sudanese leaders remain pending and the question in the headlines is whether there is any cause for celebration for independence.

Whereas instability and political divergence within the government has been apparent since independence, the nation before December 2013 would have been considered a fairly peaceful country.

There were, and still are, a lot of gray areas, including, but not limited to, the disputes over 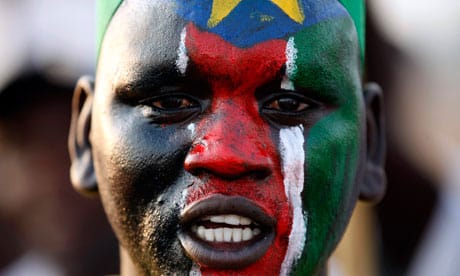 Abyei, an oil rich state bordering both Sudan and South Sudan, and ethnic clashes between the nomadic tribes. On December 15,, 2013, a misunderstanding between the presidential guards, accounts of which remain vague, led to the opening of fire.

According to an anonymous source, “On Sunday evening shooting began in a former Joint Integrated Unit camp [stipulated by the Comprehensive Peace Agreement]. We are not yet sure about what triggered the fighting, but those who began shooting are members of the Presidential Guard allied with Riek Machar. Some of his guards and those of Paulino Matip’s [a notorious defector and re-defector who died 2012] forces were absorbed into the Guard.”

As a result, military violence, which has led to the death and displacement of thousands, erupted between forces loyal to President Salva Kiir Mayar Diit and those loyal to the suspended vice-president Riek Machar Teny Dhurgon. What followed was the arrest of former government officials accused of staging a coup attempt, a claim many remain skeptical of, and the ethnic cleansing of civilians by both government and rebel forces.

“The situation is catastrophic. Both government and opposition forces engaged in the fighting have committed war crimes, crimes against humanity, and other grave human rights violations and abuses. Thousands of people, many of them civilians, have died over the past six months. Women and girls have been raped or abducted and several of South Sudan’s largest towns are now deserted after homes and other civilian property have been destroyed….

“Civilians from South Sudan’s two largest communities, the Dinka and the Nuer, as well as other groups like the Shilluk, have also been the targets of violence due to their ethnic identity and assumed political affiliations. Members of government forces loyal to President Salva Kiir, as well as army defectors and allied militias loyal to ex-Vice-President Dr. Riek Machar have systematically targeted civilians based on ethnicity, resulting in a cycle of revenge killings.” (Elizabeth Ashamu Deng)

Despite the peace talks that have been taking place in Addis Ababa between the SPLA, which is the ruling party, and the rebels led by Dr. Machar, much remains to be seen. While the country waits for the two leaders to see eye to eye or reach some degree of mutual understanding, child prostitution remains on the rise, human rights violations are still taking place, many families are hunger stricken and in desperate need of humanitarian aid, and the country is on the brink of famine, which will affect up to 3.7 million of the population, if not more.  (Statistics from Amnesty.org)

It is indisputable that both parties have committed war crimes and crimes against humanity in the conflict. What remains to be seen, though, is whether this will go down in the history books as yet another case where leaders are not held accountable.

If those responsible for the destruction of a nation and the killing of civilians are the same people hoping to run the race for presidency in 2015, can South Sudan ever truly achieve peace? Moreover, can there be peace without justice? 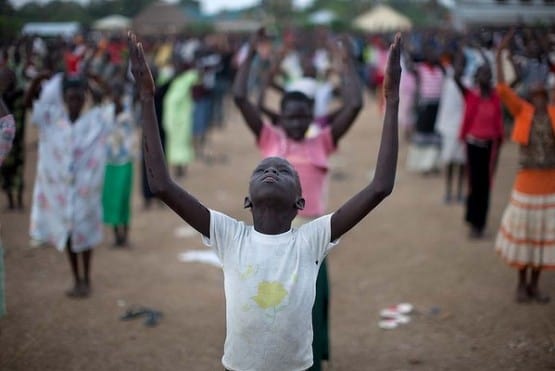 With that said, it must be noted that all countries experience their fair share of instability. Unfortunate as may be and despite the hopes of many wishing for something different, South Sudan has turned out to be no exception. It has merely caught — like so many other countries — in the crosshairs of selfish individuals who are focused on the goal of political gains that lead not to the death of the magpies, but instead, that of innocent civilians.

Indeed, South Sudan remains in need of reform, and an important factor that needs to be part of the transition is a realisation by South Sudanese leaders that unlike the civil war against Sudan, where they were rebelling against a system of oppression and tyranny, they now run a country, and not a military camp. 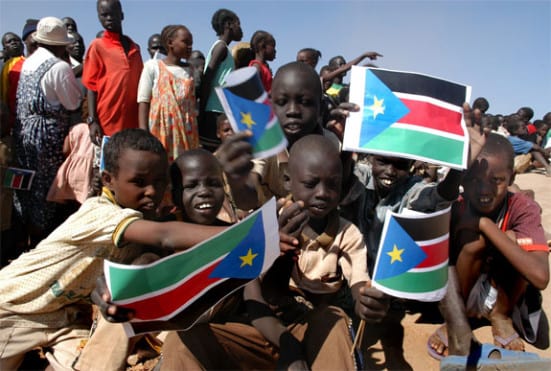 However, despite the current situation, it is imperative that South Sudanese are allowed to celebrate their independence. To many South Sudanese, gaining independence signified a sense of freedom only understood by those who have been constantly robbed of their dignity and rights. The current situation, although tragic and disappointing, is just another hurdle, and should not serve as grounds to dismiss the value of gaining and celebrating the Independence of South Sudan.

SEE ALSO: The Irony: Portugal ‘Humiliated’ About Depending on Wealthier Angola for Support