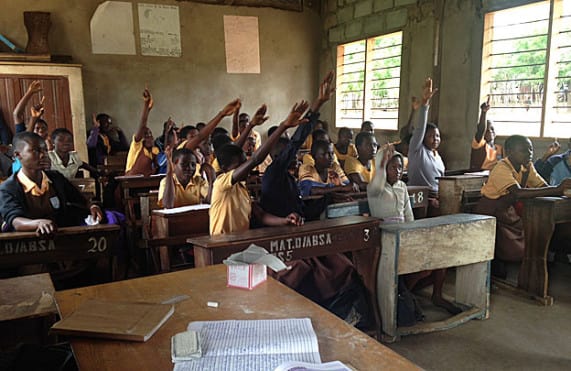 The world has been radically changing in regards to gender roles and politics, and many African nations have been slowly adapting to the tide. In Ghana, where some girls and women are often groomed for a life of servitude, there may be hope for those who wish to do more via educational opportunity.

A pilot program, Making Ghanaian Girls Great, has been implemented in the West African country across 72 state schools in two regions. The program is supported by GEMS Education Solutions, which is funded by the U.K.’s Department for International Development. The overall aim of the program is to educate 1 million poor girls across the globe, and most especially in sub-Saharan Africa.

The BBC reported at length about the program in Ghana, where resistance to change is frequent. The girls are tested in English and Math daily via video instruction from Accra, with the program implementing solar panel and satellite dishes in scattered schools where absent teachers are an issue.

Launched last week in Accra, the program was supported by education and local leaders.

Chairing the event was Nana Ogyedon Tsetsewah (pictured), a chieftain in Gomoa 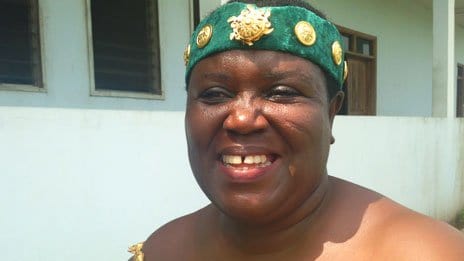 Akyempim in Ghana’s central region. Her elevation to this traditionally male role was itself a cause of resentment.

But she says how she really started a scandal was refusing to accept a system of multiple marriages, in which young women became older men’s wives.

These young girls, only children themselves, are then effectively cut off from education and any chance of wider horizons.

“What happens is a girl of 11 or 12 years gets pregnant and she drops out of school. They think the woman’s role is to have children.”

Combating that tradition will prove to be the program’s biggest challenge as archaic laws relegating women to lower roles has been passed down over several generations. Tsetsewah says that people in the region are softening to the idea of modernizing education and providing a way for the girls to learn, but there is still societal pressure keeping them from continuing.

Because of the poor infrastructure and roads that serve the areas where the schools are, teachers are often unable to make their daily posts. Therefore, officials of the Making Ghanaian Girls Great program hope that the interactive learning tools will enable the girls to continue their daily routine and not be coerced in dropping their education.

GEMS officials say they will monitor progress in the region for two-and-a-half years before making assessments on how to improve the program.