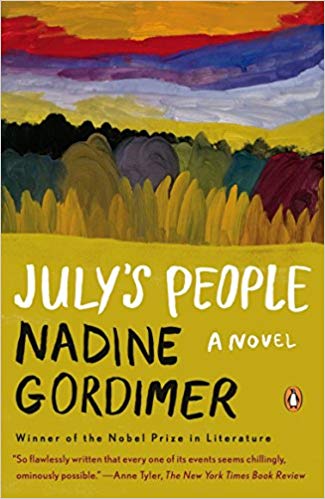 Apartheid South Africa saw quite a number of books banned for their anti-apartheid stance. Some of these books are  Nadine Gordimer’s July’s People, Burger’s Daughter, The Late Burgeious World and A World of Strangers.

July’s People was banned for the portrayal of a white family in South Africa forced out of Johannesburg by a revolution that saw them head to their servant’s home in the village. It is still seen as controversial today and was recently removed from the school reading list for being “deeply racist, superior and patronising”.