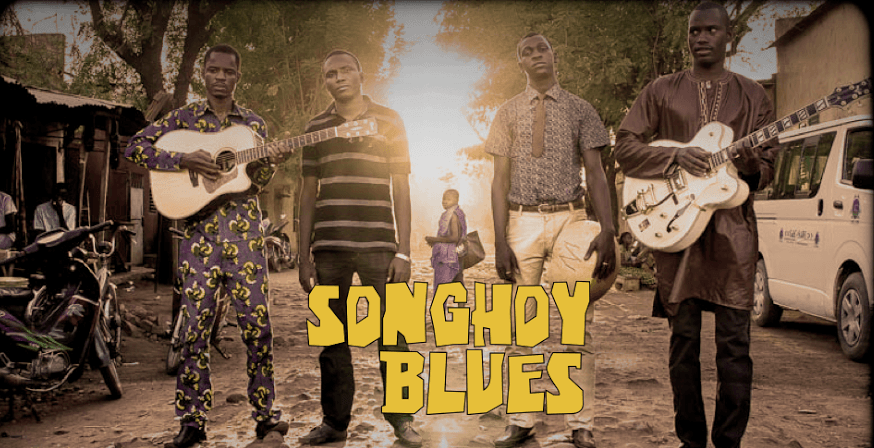 With much of the world’s attention on the Islamic State’s (ISIS) beheadings in Syria and Boko Haram‘s kidnapping of schoolgirls in Nigeria, the terror that Malians have been forced to endure by Ansar Dine often goes ignored. Still, Malian group Songhoy Blues (pictured) recently spoke about their people’s plight in an interview with BBC, showcasing their determination and resilience. 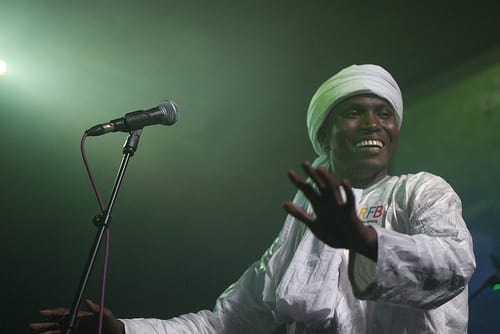 Songhoy Blues’ front man Aliou Toure (pictured) and his bandmates were driven out of Timbuktu, after Islamic terrorist group Ansar Dine used the country’s Taureg-led coup d’etat in March 2012 as an opportunity to take over the country.

The coup shocked the international community, because Mali was seen as one of Africa’s strong democratic paragons.

In fact, then-President Amadou Toumani Touré had already announced that year that he would be stepping down — in accordance with the constitution — in time for the subsequent year’s presidential elections.

But that didn’t stop Malian soldiers who had helped bring down Col. Muammar el-Qaddafi in Libya from flooding in with their sophisticated weaponry and effectively routing Toure in March.

What most couldn’t anticipate further, though, was Ansar Dine’s strategic takeover of the rebels’ coup.

By April, Ansar Dine leader Iyad Ag Ghaly — who is reportedly the cousin of  Al-Qaeda Organization in the Islamic Maghreb (AQIM) commander Hamada Ag Hama — declared Sharia law in Timbuktu, forcing women to be veiled, the stoning of adulterers, and the mutilation of thieves.

These measures would soon be joined with the banning of video games, bars, Malian and Western music, and football.

The strict rules reportedly forced Mali’s Christian population to flee as well as Aliou Toure and his band members who ended up in the capital, Bamako.

“These people [Ansar Dine] came from nowhere and imposed an extraordinary law that we knew nothing about,” Aliou says.

“We had no idea that one day we could be forbidden from playing music, because music is universal. It’s like being forbidden to see the woman you love. Music for us is like a woman we love.”

During the interview, Songhoy Blues performs the song “Desert Melody,” calling for people to drop their arms and instead pick up musical instruments. Ultimately Aliou concludes, “It [The music] is a much better sound than the cries of woman who have had their hands amputated….”

At one point, the retelling of “the so many awful things that have caused us to flee” prompts Aliko 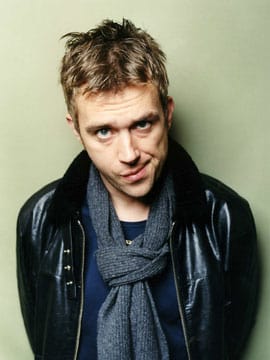 to break down at the memory of violence and traumatic events he and his people have experienced.

Escaping to Bamako was a blessing for the group, though, as British musician Damon Albarn (pictured at right) witnessed their talent and have backed the group ever since.

Consequently, Songhoy Blues have enjoyed much success with the gaining of international exposure at a number of European festivals and are prominently featured on Albarn’s “Maison des Jeunes.”