In this era of cashless business dealings, a lot of Africans are having problems making payments for the simple reason that they are used to paying in cash. Consequently, this lapse has negatively affected the way people do business on the continent.

Investors across Africa are losing out on important business opportunities simply because they lack digital payment systems that go with the current market demands. It’s a challenge that requires a real solution sooner rather than later.

Even so, a South African techie, Katlego Maphai, is already working towards solving the bottleneck with his new mobile Point Of Sale (M-POS) system called Yoco. The fintech startup, which was developed four years ago, is currently processing thousands of transactions every day.

“We went live with the first version of the Yoco app in October 2014. Since then, we’ve been working attentively with small groups of engaged businesses as we refine every aspect of the product and experience,” the Yoco team writes on their website.

“Today, hundreds of businesses are signing up with Yoco every month and we are just getting started.”

With Yoco, businesses in South Africa are able to save time and simplify their transactions by making payments easy and seamless. The Point of Sale system works on both smartphones and tablets, and accepts a variety of payment methods, including cards, SnapScan, Zapper, and EFT.

Aside from eliminating all cash transactions and other manual hand calculations, Yoco also helps merchants to track their sales and issue digital receipts while enjoying simplified accounting.

Additionally, the system has a special feature that allows retailers to organize and manage their digital stores; not to mention the fast and seamless checkout feature that allows custom shortcuts (on tablet), tipping options, price cuts and split bills.

Competing with the West

The idea to develop a Point Of Sale system for the African market first hit Mr. Maphai in 2012 during his trip to the United States. As a technology specialist working with Africa’s largest e-commerce Jumia, Maphai was excited to find a small eatery in San Francisco that didn’t have a credit card facility but was still handling cashless payments. 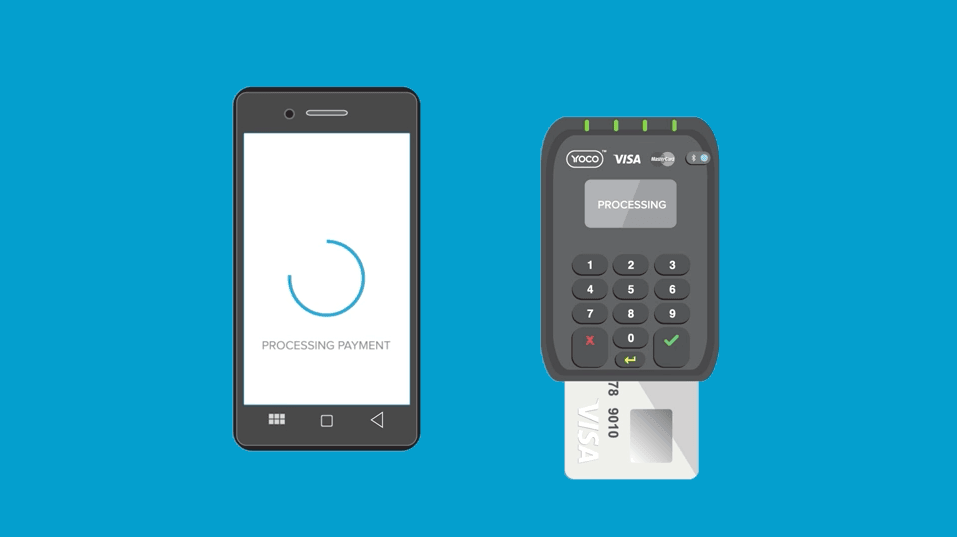 At the restaurant, the young techie noticed that the cashier was using an old Android phone and a Square (a digital payment system) reader to receive payments. It fascinated him!

“Here was a small business with a good product, nothing much else, and they were running their business with their phone,” Maphai recently told Forbes.

He says the simple concept provoked his ingenuities and compelled him to design his own M-POS for South Africans. So, in 2013, he teamed up with a group of friends back in South Africa to develop the first prototype of Yoco, which was launched in October 2014.

Since then, the startup has been empowering merchants across South Africa by simplifying their operations through a smart system that accepts different forms of payment.