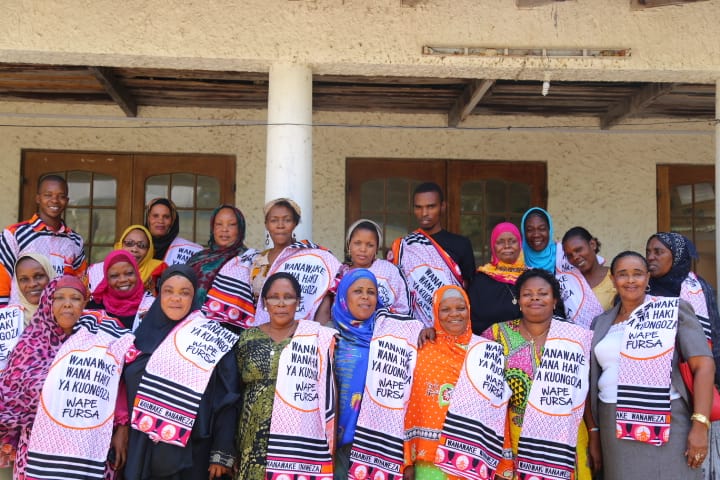 With Tanzania‘s elections taking place on Sunday, much of the focus is on the two presidential front runners:  John Magufuli of the ruling party, Chama Cha Mapinduzi (CCM) and Edward Lowassa of the opposition coalition, Ukawa. But there is something else happening in the East African nation that many outsiders wouldn’t know: women are entering politics at an unprecedented rate to change the power dynamic and priorities in their villages, cities, and districts. CNN recently published this phenomenon with their “Is Tanzania Having a Hillary Clinton Moment” feature, written by Face2Face Africa Editor-in-Chief Abena Agyeman-Fisher.

SEE ALSO: The Dreams of Our Students Are Our Dreams

Contrary to what some may initially think, women entering the political arena isn’t happening in a vacuum. In fact, the rise of women in politics is a calculated and strategic movement.

Mayuya is one of dozens of women who travel to the capital, Dar es Salaam, weekly to attend leadership training at the Tanzania Gender Networking Program (TGNP). The TGNP is just one of more than 60 women’s groups advocating for a stronger representation of women in Tanzania’s government.

“We think that when women are at decision-making tables, many things will change,” explains TGNP executive director Lilian Liunbi, whose organization trains members in crucial political traits, such as fundraising and public speaking.

In the last couple of years, several similarly-minded groups have formed in the country — so many, in fact, that they have formed a coalition, ULINGO, in partnership with UN Women. One of the coalition’s aims is to incorporate a list of 12 pro-female “demands” into a new draft of the constitution (in 2012, President Jakaya Kikwete called on citizens to offer input into a revised version, though the referendum has since been postponed).

The coalition has given many the confidence to run for office.

“We realized the power of unity, and that is how we are also going towards the election,” says Valerie Msoka, the director of another women’s group, Tanzania Women’s Media Association.

And the movement has had far-reaching effects, with ULINGO forcing the ruling party to nominate a female candidate for vice president — the nomination is history in the making.

Mary Rusimbi, the executive director of another women’s group, Women Fund Tanzania, believes the advocacy of institutions like hers has helped to make a difference.

“We had a hand in it,” she admits. “We came out in the papers to say, ‘you must start bringing women into the nomination level, and if you don’t do that and support the gender agenda, then we will mobilize women not to vote for you.'”

Whether these tactics will work in the long run remains to be seen, but so far, the outlook is good.

“We have broken ground, and we will continue,” says Rusimbi.

Read the rest on CNN.

SEE ALSO: African Union Creates ASF So Africa Can Fight Its Own Battles