Mohammed Cham is an eight-year-old boy from the Gambia, who was born without ears. He was due to fly to Scotland next week for an operation that would allow him to hear properly for the first time.

But he has been left in tears after the unfortunate news that the British Embassy in the Gambia had denied his temporary visa application, news site Daily Record reports.

The charity, Project Gambia People Feeding People, that had spent 16 months arranging the trip has expressed worry over the development and has called on the government to intervene.

“We’re desperate to help this poor wee soul but we’re being stopped by people playing God.

“It’s an absolute disgrace that we are letting down a child who just wants the chance to be able to hear like everyone else,” Project chairman Frank Devine said. 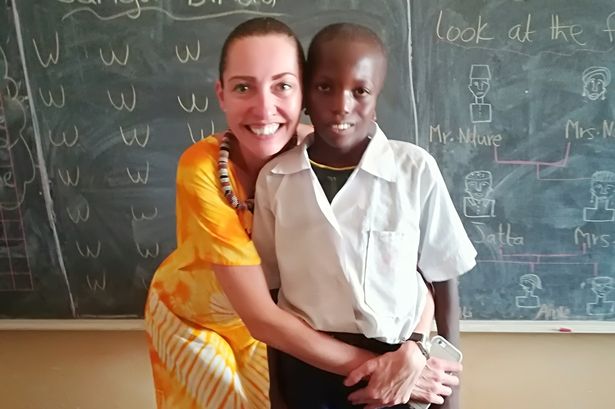 Mohammed Cham with his school teacher in Gambia — Mirror

Insisting that the charity followed every procedure on the visa application, Devine added that they had already arranged for NHS Lanarkshire ENT specialist surgeon Arunachalam Iyer to carry out the surgery at Monklands Hospital in Airdrie.

“They knocked us back because we never told them the name of the surgeon and because we didn’t mention the hospital that the operation was to be performed in – but we were never asked to provide that information.

“Why refuse visa applications with stipulations we as a charity were never asked to adhere to? We answered every question asked of us.

“These questions were never posed and if they were, we would have answered them. To refuse the visa application on those grounds is a joke.

“We just wanted to help give a child the chance to hear again but it’s being made so difficult.

Meanwhile, the Home Office said it is usually not possible to come to the UK as a visitor to access NHS services.

“Applications for an individual to visit the UK for medical treatment must demonstrate that private healthcare arrangements are in place ready for their arrival.

“In addition, they must include a letter from a doctor or consultant detailing the medical condition, estimated cost and likely duration of the treatment and where it will be delivered.

“Where that is not provided, applications will be refused,” a spokesperson said.