Ten days after the deadly raid in Gambella Village in Ethiopia by suspected South Sudanese militia, parents of the kidnapped Ethiopian children are still waiting to know the fate of their young ones.

Over 100 boys and girls from Gambella village, which borders South Sudan, went missing on Friday, April 15 after suspected militia from neighboring South Sudan attacked the village, killing over 200 people and making off with unknown number of cattle.

The Ethiopian government has issued several statements regarding the incident, promising to rescue the kidnapped Ethiopian children. Last week, Ethiopia’s information minister Getachew Reda said Ethiopian troops had already identified the area they believed the children were being held hostage and were closing in on the militia.

The deadly attack has caused a wave of anger among Ethiopians, and observers fear a possible civil war could erupt. Some people are also concerned about the possibility of the ongoing civil war in South Sudan to spill over to Ethiopia.

While the attackers’ identity still remains unclear, many Ethiopians feel that their government isn’t doing enough to rescue the kidnapped children.

“How long does it take to rescue these innocent people? Weeks? Months?” a concerned Ethiopian Facebook user commented on Face2FaceAfrica’s page. 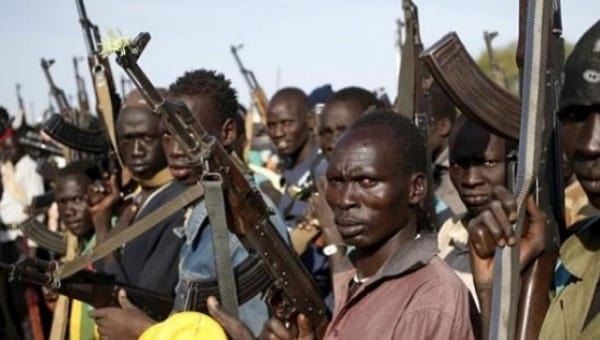 Meanwhile, local leaders in South Sudan have continued to trade accusations over who was responsible for the bloody raid. The governor of Boma State in South Sudan has come out to accuse dissidents of the Cobra Group, which is comprised of members of the Murle and Anyuak tribes.

However, the former leader of the Cobra group, David Yau Yau has denied these allegations, accusing the governor of arming bandits who attacked Gambella Village in Ethiopia a week ago. The Cobra group signed a peace deal in 2013 and was integrated into South Sudan’s national army.

Residents of Gambella held peaceful demonstrations on Thursday to demand the immediate release of the kidnapped Ethiopian Children and government’s speedy intervention.