Teodorin Obiang, the eldest son of Equatorial Guinea President Teodoro Obiang, is on trial in France for laundering money stolen from his country’s coffers through the acquisition of luxury properties and exotic vehicles in Paris.

Teodorin, who is also the vice president of Equatorial Guinea, is being tried in absentia and risks going to jail for a maximum of 10 years with a huge fine if convicted.

The case, which commenced on Monday, is part of the ongoing investigation in to illegal acquisitions in France by several African leaders and their family relatives.

Teodorin’s case has been in the works for 10 years.

His trial was set to begin in January but was postponed when he, through his lawyers, asked for more time to prepare his defense.

Some of the controversial acquisitions linked to him include a large property bought for 25 million euros in 2005 on Paris’s upmarket Avenue Foch, with a gymnasium, hammam steam room, hair-dressing studio, and a discotheque with a cinema screen.

Prosecutors also accuse Teodorin of building up an extraordinary collection of expensive vehicles, clothes, jewels, and real estate — all of which are estimated to be worth 100 million euros. 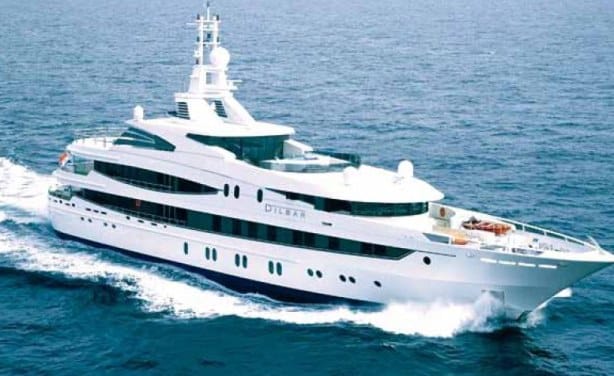 Other African leaders being investigated by French authorities include President of Gabon Ali Bongo and his Congolese counterpart Denis Sassou Nguesso.

Ray of Hope for Poor Africans

Human rights crusaders have welcomed Teodorin’s trial, saying it is a significant milestone in the history of the ongoing anti-corruption movement in Africa.

Transparency International has commended the civil society in Equatorial Guinea and France for its audacity to question a powerful figure and present evidence of his financial misdeeds.

“It has taken a decade of arguments, a change to French law, and a crowd-funding campaign to ensure the witnesses could travel to Paris,” says Jose Ugaz, the chairman of Transparency International.

“The trial will show levels of scandalous enrichment in a country where more than 70 percent of the people live in extreme poverty.”

Ugaz adds that the poor citizens of Equatorial Guinea, a country rich in minerals, now have a chance to get justice in the face of runaway corruption.

Investigations in to Obiang’s acquisitions in France started a decade ago when Transparency International France and Association Sherpa petitioned the government of France to look in to his luxurious lifestyle, arguing that it was not in tandem with a salary of a government official.

“This trial is a strong signal to corrupt leaders around the world that they are no longer immune from prosecution anywhere. The impunity they enjoyed is getting weaker every day,” said Marc-Andre Feffer, the chairman of Transparency International France.

Teodorin is accused of withdrawing more than 200 million euros from his country’s public coffers for personal use. He has, however, denied all charges and wants immunity from prosecution.