The story of the first black football professional Arthur Wharton is a very fascinating one. Though his legacy and impact was for a very long time buried and relegated to the background, he certainly became a symbol of inspiration for young black footballers who wanted to be professionals in an era when that was almost always impossible.

Wharton was born in Jamestown, Gold Coast (now Ghana) on October 28, 1865, to Henry Wharton, a very well-known Methodist Missionary from Grenada and Annie Florence Egyriba, a royal of the Fante tribe in Ghana. 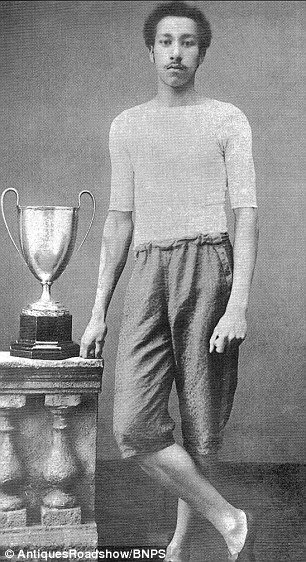 From a very affluent family, Wharton was sent to England at the age of 19 to study to become a Missionary but ditched it to pursue his passion in sports, to be specific football, rugby, cricket and sprinting. Note that he equalled the Amateur Athletics Association (AAA) 100-yard sprint record of 60 seconds in 1886.

He began his footballing career as an amateur Goalkeeper for Darlington in 1885 where he performed exceedingly well. This caught the attention of Preston North End who subsequently signed him in 1886 and was part of the squad that reached the FA Cup semi-finals in 1888 – 1887. 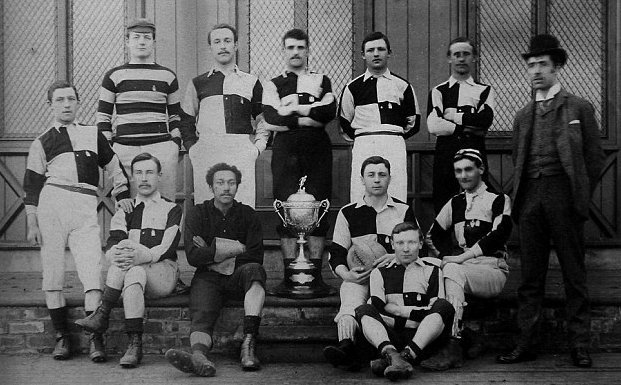 Wharton, however, took a brief break from football to pursue a career in running but returned after a year to sign for Rotherham Town F.C. where he remained till 1894. He then moved to Sheffield United for a short stint and then subsequently to Stalybridge Rovers in 1895. A row with the team management saw him packing bag and baggage to Ashton North End where he played between 1897 and 1899. He returned to Stalybridge Rovers after Ashton North End went bankrupt in 1899. In 1901, Wharton joined Stockport County where he played till his retirement at the age of 36 in 1902. 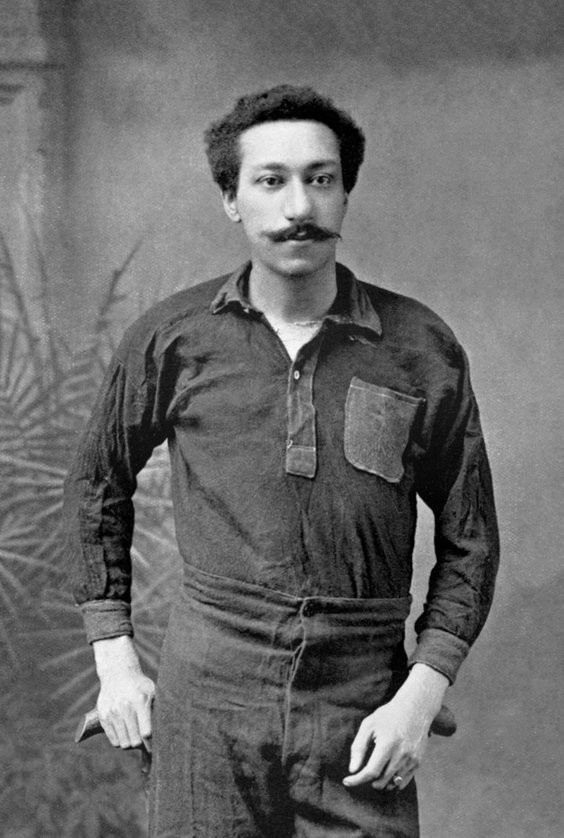 Wharton, unfortunately, died poor in 1930 and was buried in an unmarked grave in Edlington Cemetery. This remained so till 1997 when a memorial stone was mounted on his grave thanks to a campaign by anti-racism football organization Football Unites, Racism Divides (FURD). 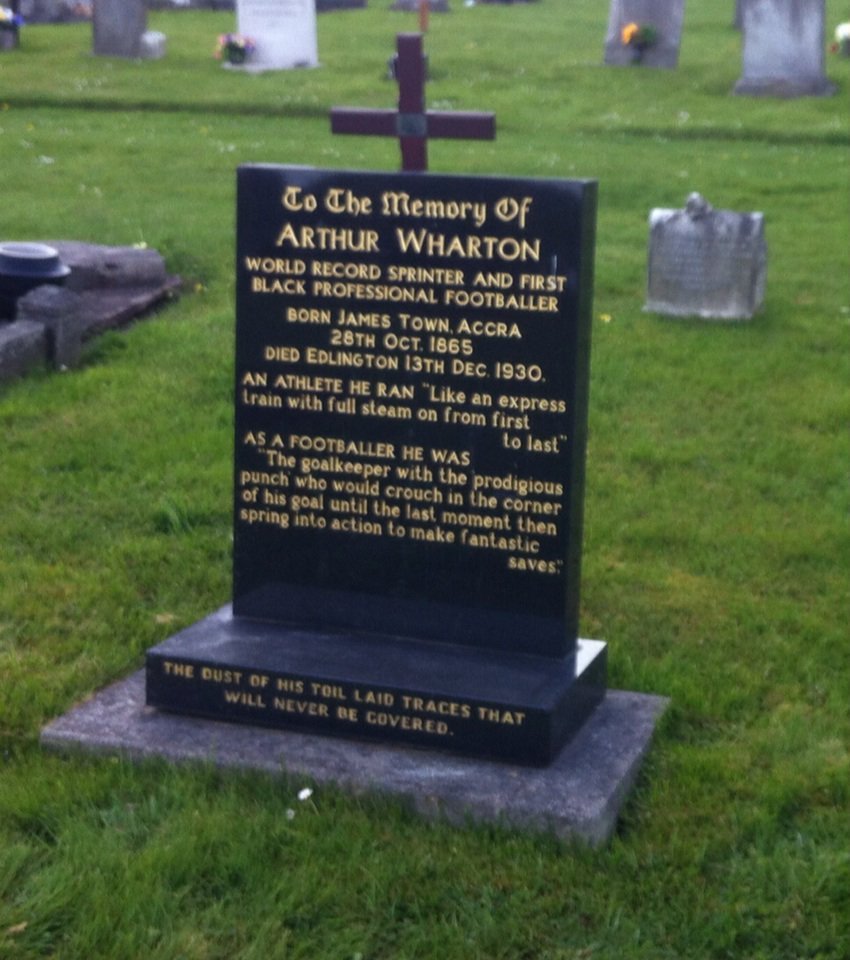 He was also inducted into the English Football Hall of Fame in 2003 for his impact on the game. 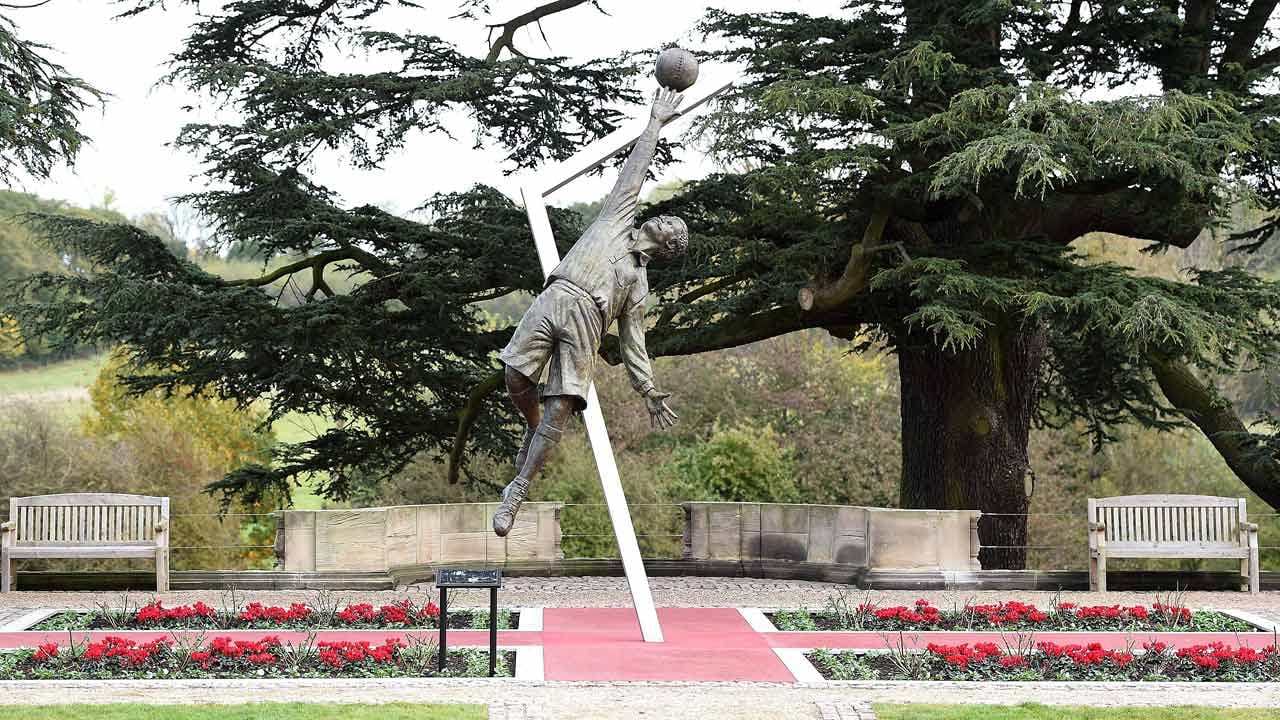 Statue erected in honour of Arthur Wharton by the English Football Association at the National Football Centre in Staffordshire — Photo Credit: The Guardian

The English Football Association unveiled a 16ft statue in his honour at the National Football Centre in Staffordshire in 2014.