The idea of the Pan African movement had begun in the late 19th century when many African diasporans started to connect with each other. Through their interactions, they realised a dying need to bridge the gap between African Diasporan civil right activists and educated Africans fighting for the freedom of colonised states and countries.

Activists like W.E Du Bois had developed a keen interest in the ideology of African -Americans and diasporans moving back to Africa. While some activists shunned the idea, other activists in Europe and the Caribbean found the act possible and thus sparked a conversation.

In 1897,  London based Trinidadian lawyer and writer, Henry Sylvester Williams formed the Association of Africa in response to colonisation and partitioning of Africa by Europe. The association also served as a grounds for educating African Diasporan activists about the issues affecting Africa and the need to free the continent.

By 1900, the African Association was successful in bringing together a large community of Pan Africanist in the Diaspora. It also connected with Africans in Britain seeking higher education and interested in the idea of setting Africa free from its colonisers.

Noticing that the Pan-African ideology had established itself well, Williams found it necessary to organise a conference relating to Pan Africanism. In 1900, he set out to organised the conference and sought help from other willing activists. 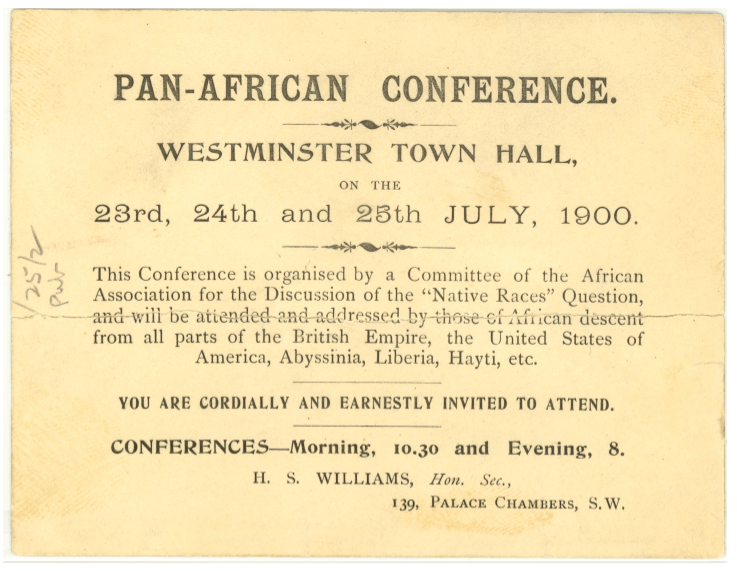 Invitation to the 1st Pan African Conference of 1900

History was made on Monday, July 23, 1900, when the first Pan African Conference was held in London’s Westminster Hall. The three-day event brought together thirty leaders and activist across Africa, England, America and the West Indies, serving as a common ground for the start of a conversation on Africa and its future. From this conference began the widespread use of the word Pan-African, its course and objectives especially in Africa.

Documents such as “The Preservation of Racial Equality” presented by Anna H. Jones,“The Progress of our People” presented by John E. Quinlan and “The Necessary Concord to be Established between Native Races and European Colonists” presented Benito Sylvain were all discussed during the conference.

In the opening address by  Bishop Alexander Walters titled “The Trials and Tribulations of the Coloured Race in America”, he stated that “for the first time in history black people had gathered from all parts of the globe to discuss and improve the condition of their race, to assert their rights and organize so that they might take an equal place among nations.”

The conference also birthed the call for the drafting of the code law for the international protection of the natives of Africa and the supervision of colonies by the League of Nations to prevent economic exploitation by foreign nations. It enjoyed international attention and stirred up great tension among Western Colonisers: the birth of a generation interested in the freedom and development of Africa had been born.

The Pan-African Conferences continued until October 1945, surviving through the second world war. By 1944, the Pan African Federation was established, and various African activists fighting for independence were well connected with activists in the diaspora. By then the conference and association created an avenue for more outspoken and action seeking African freedom fighters. 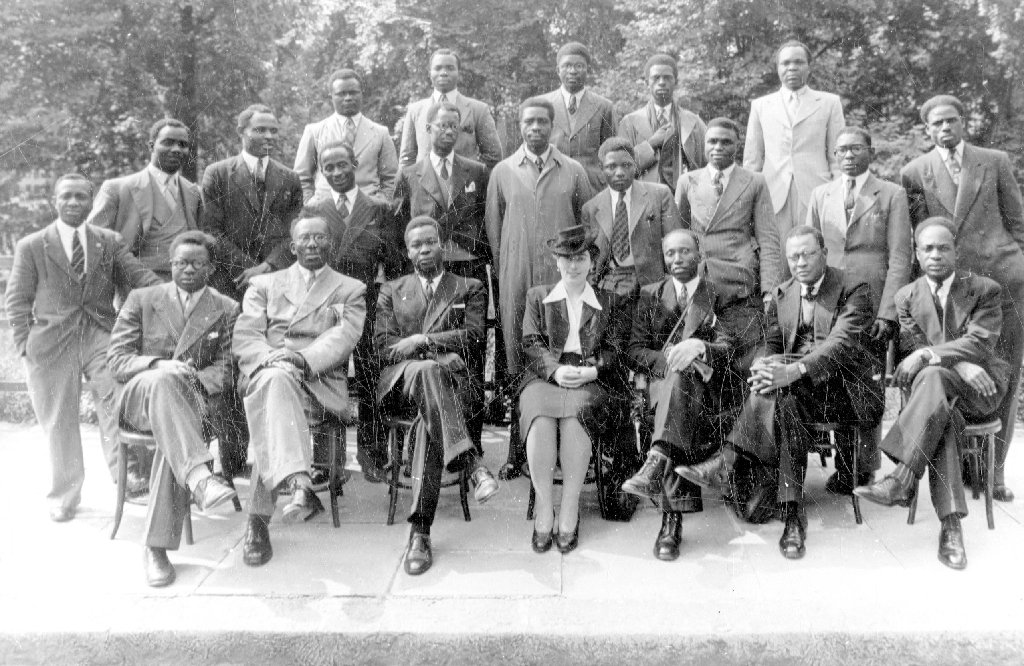 The Fifth conference meeting of October 1945  saw the presence of Kwame Nkrumah, a staunch pan Africanist and the future first president of Ghana after a successful gain of its independence from the British in 1957, 12 years later.