Africans were forced into America through slavery to work on plantations owned by very rich and successful merchants. Despite their unwillingness to be enslaved, they made a home out of these plantations and lived in harmony with each other.

They got on with their lives despite difficulties faced in blending into society and got married secretly, had kids who then became natural slaves to their parent’s masters.

After a few years, the African American and white American communities began to mingle, with each other picking up various habits. It was only inevitable that marriages soon became a topic of discussions and interracial couples emerged.

In 1664, a law was passed to prevent such marriages. Although some states allowed them a huge majority of Americans frowned upon it and made it hard for genuine love between innocent black and white Americans to prevail.

The first recorded anti-miscegenation law was passed in the colony of Maryland, where slaveowners could not control the rise of such marriages. Sons and daughters of rich merchants are said to have run off with their slave lovers after being prevented from seeing each other. The birth of half-caste children also rose and many slaves were killed to end their relationships with white Americans.

It was a social rumour that many slave parents advised their children to have affairs with white rich children of merchants to help free themselves and their unborn children from slavery. Many white Americans felt a part of a diabolical plan staged by the African Americans who used relationships and love as an excuse to free themselves.

With the success in Maryland, the parts of the country started passing similar laws. There were several failed attempts to make America an interracial-marriage free country.

Interracial couples were mistreated, exiled, imprisoned and to some extreme extent killed. White people involved with African -Americans were made to pay huge penalties, causing them to be indebted and even disowned by family. 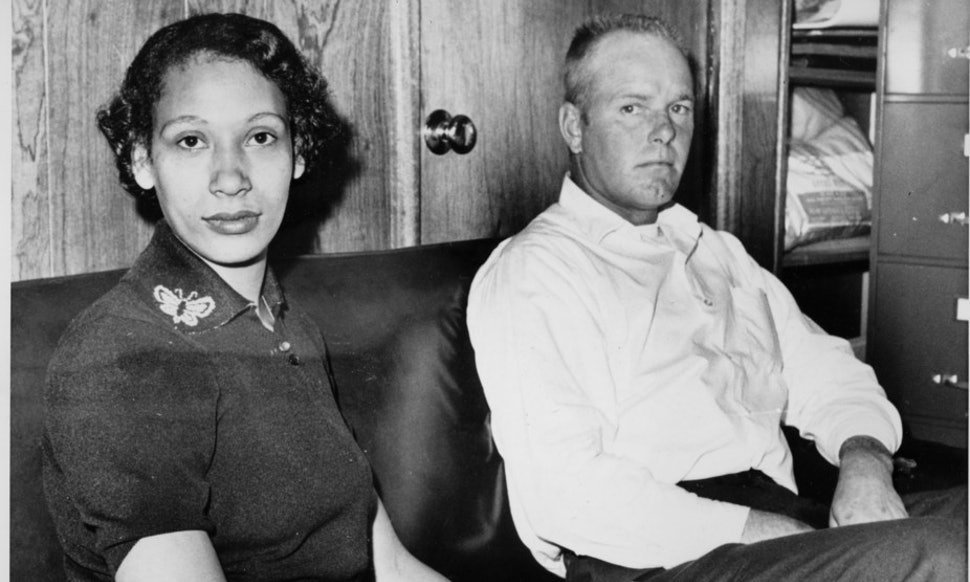 Three hundred years after the law had been passed in 16 states, a marriage between Richard and Mildred Loving turned things around.

One night in 1958, the couple were arrested in their home in Virginia, exactly three months after wedding day in Washington DC. They both pleaded guilty and were sentenced to one-year imprisonment, after which they would be released to either dissolve the marriage or leave their home and state. The couple chose to leave the state and moved back to Washington DC but were later arrested in 1963 while visiting family in Virginia.

While in prison, Mildred wrote a letter to Attorney General Robert F. Kennedy. She was referred to the American Civil Liberties Union who then appealed for the couple. Their argument was based on the fact that the 1664 law was in contradiction to the Fourteenth Amendment’s equal protection clause. The case was lost and the Lovings spent time in prison but this did not stop them from appealing until the case reached Chief Justice Earl Warren of the Supreme Court.

Alabama would become the last state to legalise interracial marriages in 2000.