When Zambia was still known as Northern Rhodesia, a young woman rose up to set up one of Africa’s biggest indigenous Christian churches called the Lumpa Church.

Alice Mulenga Lubusha, born either in 1919 0r 1920, was a member of the Church of Scotland until she became sick in 1953. She suffered from cerebral malaria and fell into a coma. Upon waking up, Alice claimed that she was visited by Jesus Christ, who told her to spread his message.

Another version of the story claims that Alice suffered fainting spells after a severe illness in 1953.  These spells would plague her to a point people in the village of Lubwi had started preparing for her funeral, only for her to wake up again.  After such one fainting spell, she ran into a bush and sat under a tree she received two books from Jesus: one for Africans and another for Europeans.

Apparently, no one was required to follow Alice to the bush but this time her husband and a few villages did. When they approached her, the book meant for Africans disappeared into thin air.  After her time in Lubwi, Alice sought her people’s permission to either build a church or raise people from the dead.  Since they were against witchcraft, they told her to set up a church.

This marked the beginning of the Lumpa Church, and Alice became the ‘Lenshina‘ which means queen. 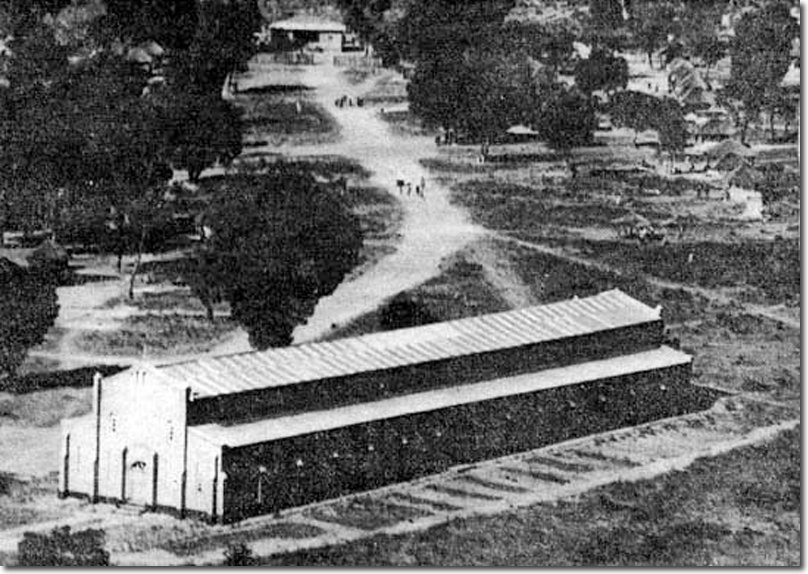 In 1958, she built a church in her home village, renamed Zion.  The church started getting many followers, leading to the mass exit of people from the Roman Catholic Church and the Church of Scotland.  The massive recruitment of followers became a political threat to the colonial Northern Rhodesia government.

The church was seen as one of black independence fighter organisations alongside Northern Rhodesia African National Congress. However, the Kenneth Kaunda newly formed United National Independence Party (UNIP), had severe conflicts with the church over the strategy of fighting against the British Empire. Leshina and the church openly fought with the UNIP over its policies, leading to low membership.

The conflict peaked in 1964 when a gunbattle broke out between the two groups. The new government under the Prime minister Kaunda sent in troops to quell the conflict and a state of emergency was pronounced.  According to a personal account by the then District Commissioner, John Hannah:

I was the first one to be faced with that situation. The day after the army arrived in Chinsali, we planned to attack Sione, the large village where Alice Lenshina had built her huge church. We arrived at dawn. The troops were formed up in line abreast on the outskirts of the village and when they were ready, I went forward about twenty yards and spoke to the villagers through my loudhailer, explaining who I was and asking them to surrender. I could see a lot of people moving around in a furtive way, but there was no response. I went on for about ten minutes, but as I seemed to be getting nowhere, I started walking back to the Colonel who was standing on the back of his landrover. I knew that as soon as I handed over to him, I was in effect giving the authority to fire – and to kill. At that moment the Lenshina supporters who had been hiding in the long grass a little way in front of the troops suddenly rose up, yelling “Jericho!”, their war cry, and attacked. 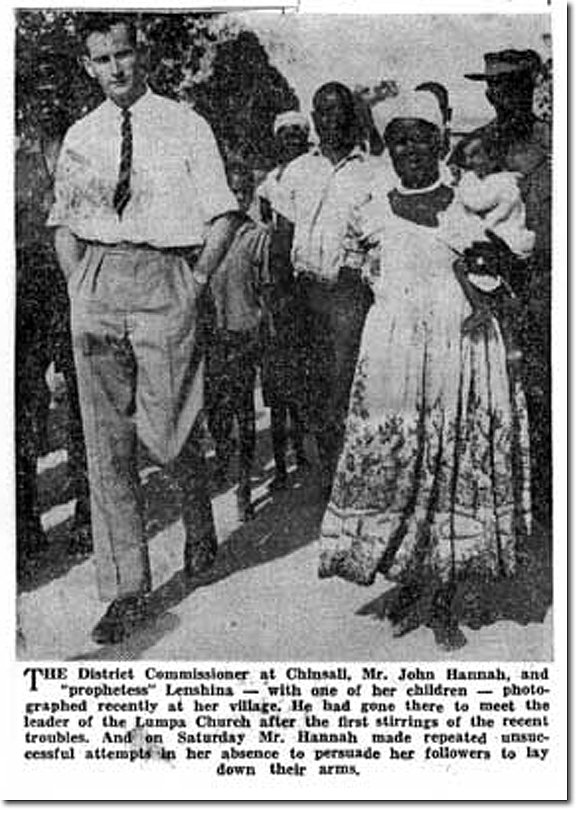 Reports indicate that at least 700 people died in the attack. The church was banned a few months later and Leshina gave herself up to the government.

Leshina, who claimed she had nothing to do with the riot, was regretful that her message was lost in the political scuffles between the two groups. Together with her husband, she was imprisoned without trial, first in Mumbwa and later in Kalabo. They escaped in 1967 but were caught and Mkushi. 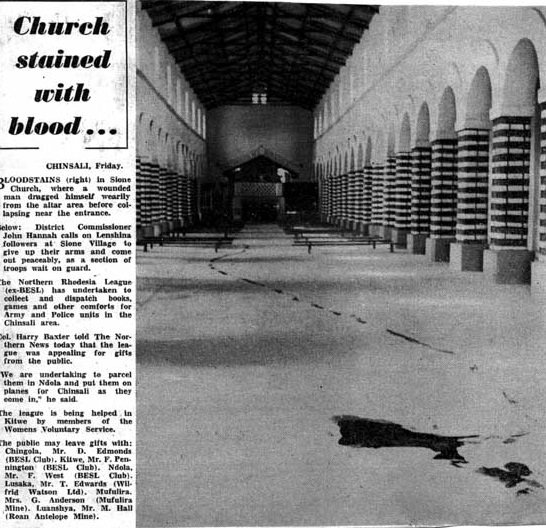 She spent the rest of her days under house arrest until her death in 1978.  At the time, her church had been destroyed by the government.