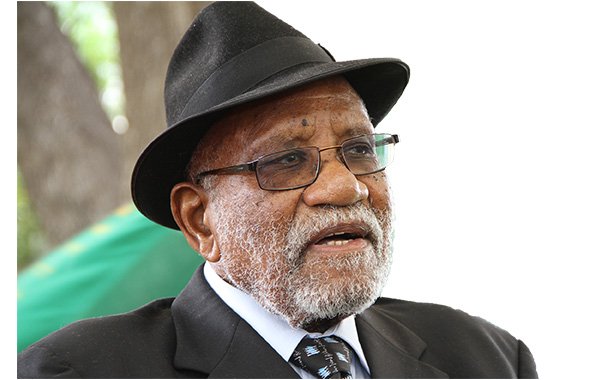 Herman Andimba Toivo ya Toivo was a Namibian anti-apartheid activist and politician.

Toivo emigrated to Capetown in the 1950s. It was then when he became instrumental in the founding of South West African People’s Organisation (SWAPO) and the Ovamboland People’s Organization (OPO) in 1959.

Because of his activism on behalf of Namibian independence, Toivo was jailed in 1966 under the Terrorism Act. He was sentenced to 20 years. He served 16 years on Robben Island.