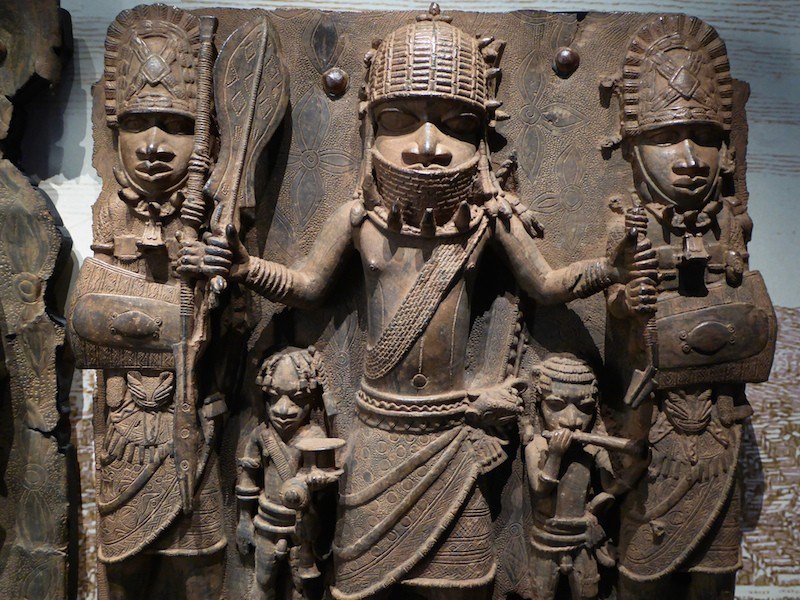 Hundreds of bronze artworks created under Nigeria’s Benin Empire were looted by the British army during an 1897 raid.

The British troops set the city on fire, killing thousands. The king had to flee and in his absence, his palace was looted of its treasures, including the Benin Bronzes, made from melted down bracelets from 15th-century Portuguese traders.

The treasures ended up in American and European museums but two of the Benin Bronzes in 2014 were returned by a British citizen, Dr Mark Walker, leading to calls for repatriation of more artefacts.

The rest of the Benin Bronzes remain at the British Museum, with Nigerians pressing to have them returned.