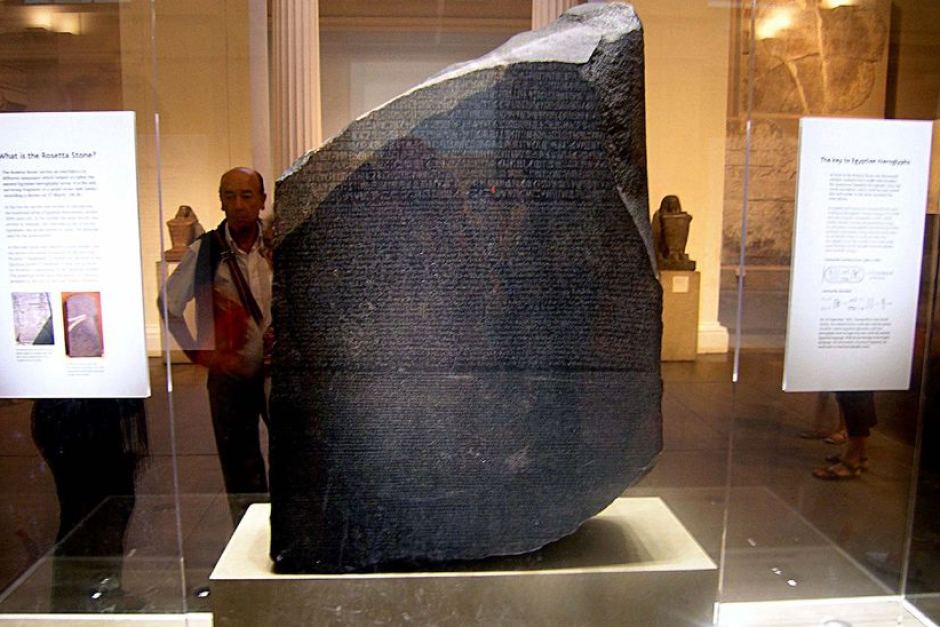 The Rosetta Stone, housed in the British Museum — ABC

The over 2000-year-old slab of black basalt which was key to the modern deciphering of hieroglyphics has been at the British Museum since 1802.

Made during the reign of Ptolemy V Epiphanes (204 B.C.–181 B.C.), the Rosetta Stone was acquired in Egypt by French soldiers in 1799 and given to the English under the terms of the Treaty of Alexandria two years later.

Egypt has since been demanding the return of the stone.