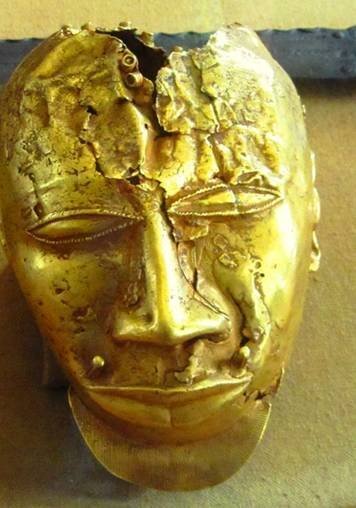 This is said to be one of the largest gold work known from Ashanti region, Ghana. It was owned by Kofi Karikari, the tenth King of the Kingdom of Ashanti and believed to be one of the many items plundered from the royal mausoleum in Kumasi by a British expedition in the 1880s.

The golden trophy head is in the Wallace Collection, London with a part of it containing ceremonial swords, three finger rings, a knife handle and a dagger knife.