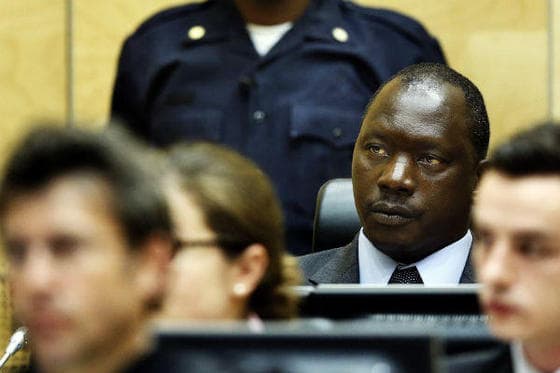 On Tuesday, Thomas Lubanga was given a 14 year prison sentence for abducting and forcing  children to fight in the second Congo War.

Lubanga has been in custody since March 2006 and those six years will be deducted from the 14 year sentence.

He was convicted of forcefully enlisting children under age 15 in his army and using them to act out horrors and tragedies during civil was in the Democratic Republic of the Congo (DRC).

Lubanga was in charge of a rebel force that recruited these children. Most of these children were kidnapped and forced to watch as the rebels destroyed their homes and massacred their villages. Some watched family members killed in front of them and were threatened a similar fate if they did not join.

The children included all genders, many of which were subject to multiple rapes throughout their time with the force. They were also forced to kill and rape other people and each other.

This is the ICC’s first trial and verdict since the establishment of the court in 2002 to address international war crimes.

The intentions of the ICC are questionable because of their focus on Libya, the Ivory Coast, Sudan, Kenya, Uganda and the Central African Republic.  It is noticeable that they focus on nations in Africa, while ignoring the many war crimes occurring in Afghanistan, Iraq, Pakistan and Palestine.

It seems that the ICC wish to avoid investigating the war crimes alleged against the US military in these areas. Hopefully now that they have made one conviction, they will gain the courage and resolve to fight against all war crimes, not just the ones that are perpetuated by people in poorer nations.

But now that Lubanga is convicted, what happens to the ex-child soldiers, many of whom are still suffering?