Tens of thousands of Ethiopians gathered in the heart of Addis Ababa, Ethiopia’s capital city, on Monday evening to mark the eve of Meskel, a Christian annual festival held in commemoration of the discovery of the cross of Jesus.

Dressed in their white ceremonial robes, Orthodox priests lit up a bonfire at the square while tens of thousands of their followers, holding candles, stood on the surrounding terraces to celebrate the special day, according to Reuters.

The event was presided over by Patriarch Abune Mathias, who is the head of Ethiopia’s Christian Orthodox church.

The Orthodox church of Ethiopia has set aside the 26th of September as the day the cross of Jesus was discovered by Queen Helena, the mother of Roman Emperor Constantine the Great, in the 4th century. 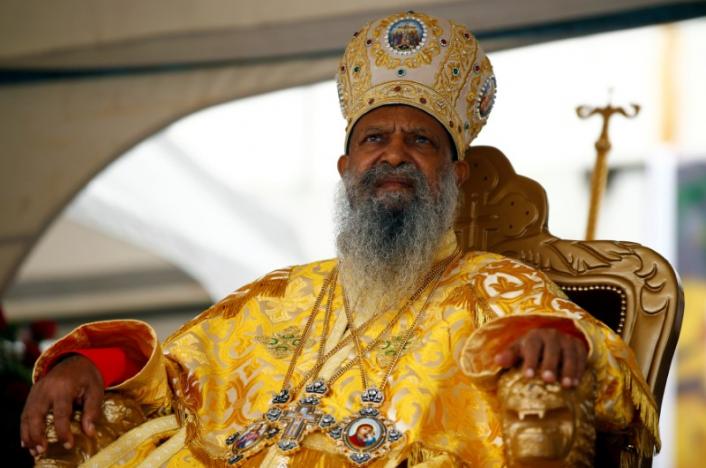 Abune Mathias, Patriarch of Ethiopian Orthodox Church attends the Meskel Festival to commemorate the discovery of the true cross on which Jesus Christ was crucified on, at the Meskel Square in Ethiopia’s capital Addis Ababa, September 26, 2016. REUTERS/Tiksa Negeri

The church believes that in 326 AD, Queen Helena prayed for help to find the cross on which Jesus was crucified, and luckily her prayers were answered. Orthodox Christians in Ethiopia say the queen was directed by smoke to the location of the cross.

They say she lit fire torches to celebrate the discovery. A piece of the cross is said to be preserved in Ethiopia’s Gishen Mariam monastery, which is about 100 km north of Addis Ababa.

History also has it that the then Ethiopian Patriarch of Alexandria offered half of the cross to Ethiopian Emperor Dawit as a reward for his efforts to protect Coptic Christians, according to Reuters. 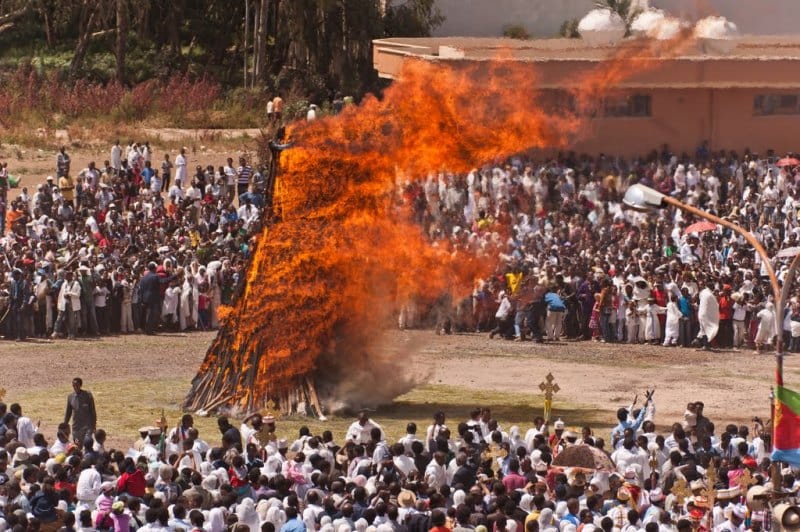 The Meskel ceremony, which has been celebrated in Ethiopia for over a hundred years, is marked at the end of the rainy season. Families who can’t make it to Addis Ababa often hold their own celebrations by lighting small bonfires outside their houses.

After sunset, they gather inside the house to enjoy some wine and raw minced meat, a traditional Ethiopian delicacy referred to as Kitfo.

The celebrations start at noon and end at sunset. After a night of celebrations, the following day is a national holiday.

Ethiopia is a predominantly Christian country and the majority of Christians are Orthodox Tewahedo Christians.