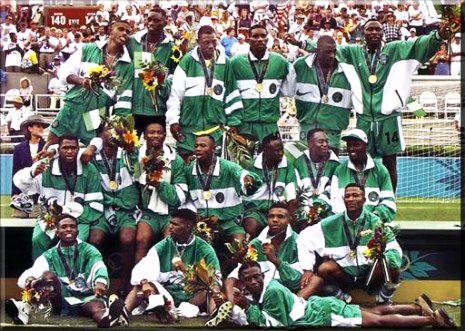 #5 – Nigeria
Nigeria first competed in the Olympics at the 1952 summer Games in Helsinki, Finland, but did not win a medal until 1964 in Tokyo. Nigeria later made history at the Atlanta games in 1996 by becoming the first African country to win Olympic gold in soccer. Atlanta was Nigeria’s best showing at the Olympics thus far with a total of 2 Gold, 1 Silver, and 3 Bronze medals. In 2008, the International Olympics Committee indicted the American 4 x 400 relay team for using performance-enhancing drugs, stripped them of their medals, and awarded their gold to the Nigerian relay team, which had initially won silver. Nigeria has won a total of 23 Olympic medals: 3 Gold, 8 Silver, and 12 Bronze.