U.S. President Donald Trump spoke with his Kenyan counterpart Uhuru Kenyatta by phone Wednesday to discuss a wide range of issues, including the fight against terrorism and the improvement of trade between the two countries.

In a statement released by the White House, President Trump reiterated his government’s commitment to strengthen its bilateral relationship with Kenya and commended the Kenyan government for its contribution in the ongoing war against terrorism in neighboring Somalia.

“The two leaders discussed our economic partnership and mutual dedication to overcoming terrorism and other regional security challenges through close cooperation,” the White House said.

The two heads of state also discussed ways to enhance bilateral trade and investment in Kenya and the larger East African region.

Kenya and the United States are actively involved in the war against global terrorism, with the two countries suffering several deadly terror attacks in the past.

Kenya sent its troops to Somalia in 2011 as part of the African Union Mission in Somalia, which was formed to fight the Somali-based terror group al-Shabaab and help restore stability in the Horn of Africa nation.

Al-Shabaab, which swears its allegiance to al-Qaeda, has been fighting to establish a caliphate in Somalia.

Since 2011, the terror group has carried out several deadly attacks on Kenya in what it claims to be revenge for Kenya’s deployment of its troops in Somalia.

The war has led to the killing of thousands of civilians and the displacement of millions of Somalis to neighboring countries.

Somalia is among the six Muslim-majority countries that have been affected by President Trump’s latest travel ban to the United States.

From 1964, one year after Kenya gained its independence from the United Kingdom, the United States established a cordial diplomatic partnership with Kenya, a relationship that has continued to grow stronger over time.

Since the disputed Kenyan election in 2007, the United States has been actively involved in promoting political, institutional, and constitutional reforms in the East African country, ensuring there is democracy and rule of law. 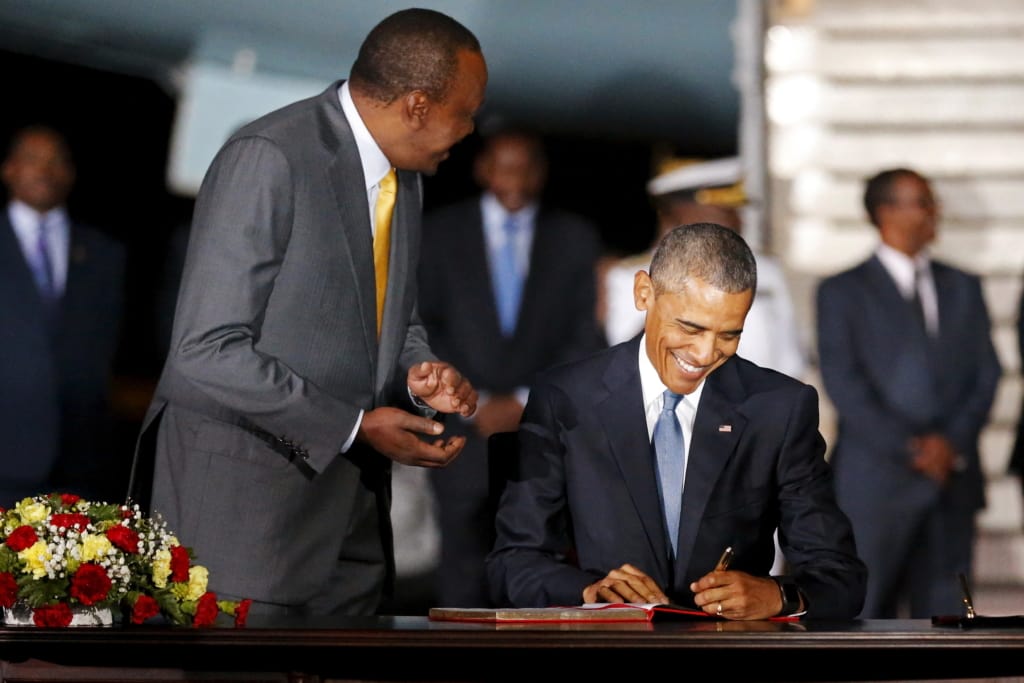 In July 2015, then-U.S. President Barack Obama visited Kenya, making him the first sitting President of the United States to ever visit Kenya. His visit was preceded by another historic visit by former U.S. President Bill Clinton two months earlier.

President Obama’s father, Barack Obama Sr., was Kenyan, a factor that has further cemented relations between the two countries.

But despite the many years of successful corporation between the two nations, many people are cynical about the future with President Trump.