Two former Rwandan mayors were sentenced to life in prison last week after being found guilty for their role the horrific 1994 Rwandan genocide, News24 reports.

The two – Mr. Octavien Ngenzi, 58, and Mr. Tito Barahira, 65 – were found guilty of crimes against humanity, massive and systematic summary executions, and genocide, which altogether claimed close to 1 million lives and left millions of people displaced.

The prosecution, headed by French prosecutor Philippe Courroye, argued that Mr. Ngenzi coordinated attacks within his municipality while Mr. Barahira wielded a machete in support of the senseless killings.

The French-based special court found the two directly responsible for the mass slaughter of at least 2,000 Rwandans who had sought refuge at a church in Kabarondo village during the genocide.

This is the stiffest penalty ever to be handed out by the special court, whose mandate is to try suspects of the Rwandan genocide who escaped to France. 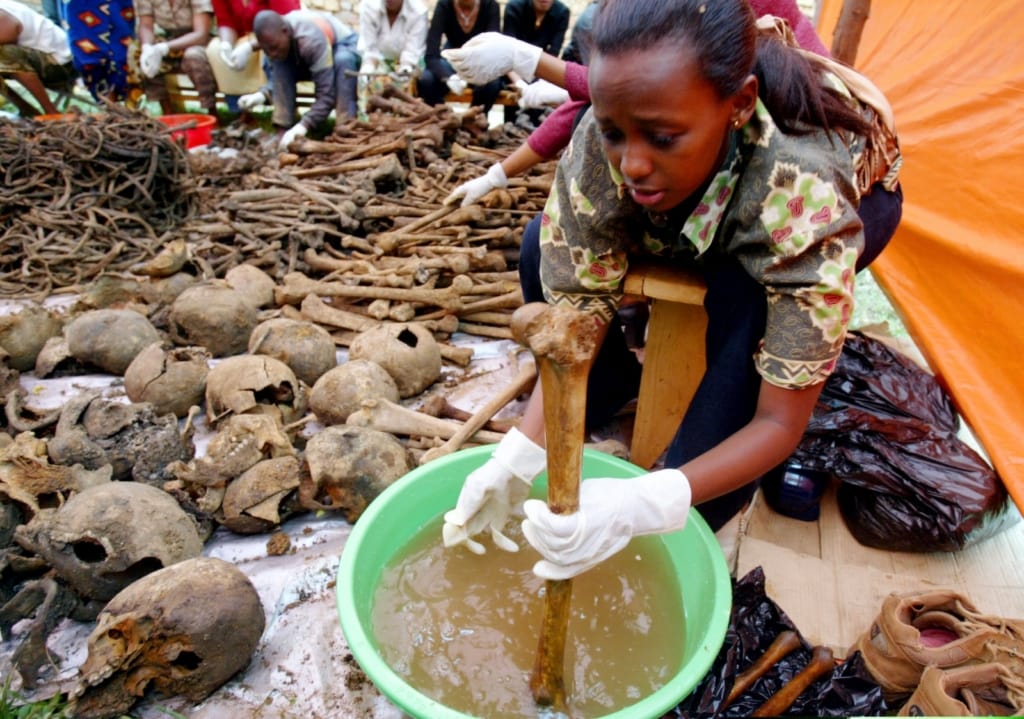 The two denied the charges, with their lawyers arguing that the evidence provided was highly questionable and that the defendants were helpless to stop the killings.

One of World’s Deadliest Genocides

On April 6, 1994, Rwanda was engulfed in what would later turn out to be one of world’s deadliest civil wars.

It is reported that a plane carrying the then-president of Rwanda Juvenal Habyarimana, a Hutu, was shot down as it attempted to land at Kigali Airport.

Violence erupted immediately – spreading from Kigali, Rwanda’s capital, to other parts of the country – and continued for about one hundred days.

Investigations revealed that most of those killed were Tutsis and moderate Hutus. Some people, including a French judge, blame the current President Paul Kagame, who at the time was the leader of a Tutsi rebel group.

However, Kagame has continuously denied these claims and accuses Hutu extremists of bringing down Juvenal’s plane with the hope of using the incident as an excuse to exterminate the Tutsi community.

Historians say the 1994 genocide was a culmination of tribal animosity between the majority Hutus and minority Tutsis, which existed long before the country’s independence in 1962.

Hutus claim to be the indigenous inhabitants of Rwanda, with some saying that Tutsis, who are usually taller and thinner, came from Ethiopia.

During the genocide, members of the Tutsi community were thrown into rivers, with their slayers saying they were sending them back to Ethiopia, according to the BBC.