A Ugandan court hearing the case involving a wave of killings of prominent Ugandan Muslim clerics was informed Monday that a key witness in the trial was “beaten and castrated” for what the prosecution believes is his decision to testify.

In view of the latest development, the judge was forced to adjourn the case to July 18 to give the prosecution enough time to secure and protect witnesses.

However, the defense was quick to refute the prosecution’s argument that the suspects (31 men and one woman) were responsible for the attack, arguing that the accused were already in police custody at the time of the alleged attack.

While refusing to disclose further details of the alleged castration, the prosecution said a lawsuit is underway.

Since 2012, the Muslim community in Uganda has decried the killing of its religious leaders and accused the police of being lax in apprehending the killers. 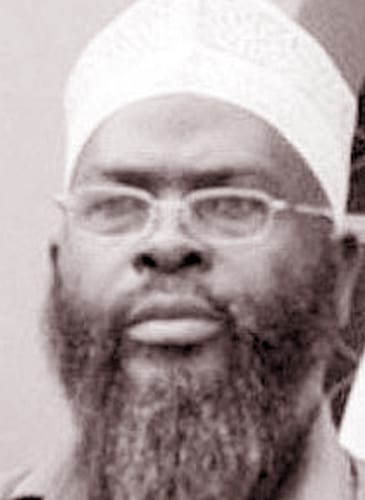 For example, in April of that same year, prominent Ugandan Muslim scholar Sheikh Abdu Karim Ssentamu (pictured) was shot dead in his car by an assailant who had reportedly approached him asking for a lift to Kawempe, according to the Observer.

Two months later, Ssentamu’s associate was murdered at his shop in Kisaasi, Kampala. His death was followed by the mysterious killings of two prominent sheikhs at Masjid Umar Mosque in Bugiri by August.

Sheikh Abdul Jawad Sentunga of Namayemba Mosque was murdered in September of the same year, bringing the number of Ugandan Muslim clerics murdered in 2012 to five.

Since then, more Ugandan Muslim clerics have been killed, forcing the Muslim community in the East African country to vent its anger to the police who it says have failed in their duties.

According to the Observer, all of the slain clerics were part of the hundreds of Muslim religious leaders arrested in 1996 for allegedly being involved with the Allied Democratic Forces, a group of Ugandan rebels opposed to President Yoweri Museveni’s government and believed to be involved in terrorist activities.

Although the Ugandan police force has consistently denied having any connections with the mysterious murders, a section of the Muslim community in the country claims the killings could be the work of a death squad known to the state police.