In many African countries, people with albinism often face discrimination and prosecution due to the way they look.

The genetic disorder prevents skin cells from producing melanin, resulting in abnormal pigmentation of the skin, eyes and hair.

People with the rare condition also have vision problems and are at risk of getting skin cancer.

But the sun is not their only worry, as many with this condition are often attacked and even murdered by their own relatives or strangers.

In Tanzania, Malawi and some other parts of sub-Saharan Africa, their body parts are usually sold to witch doctors with the belief that their bones can bring magical powers and wealth.

But Ukerewe Island found off the coast of Lake Victoria is relatively safe from these inhumane practices.

Over the years, the island has served as a haven for people with albinism, particularly those living in Tanzania.

As at last year, the largest inland island in Africa had hosted a growing community of albinos, numbering 75. 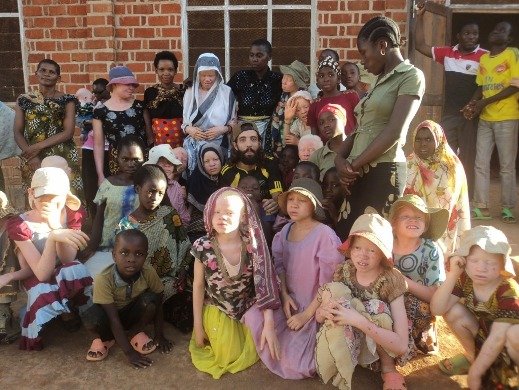 Tanzania has one of the highest rates of albinism in the world, one in 1,500 people.

Due to persecutions, many of them found their way on the island. Others were also abandoned on the island by their families who believed they were a curse.

They, however, survived and have found a new place they can call their home.

Yakobo, a resident of Ukerewe Island, living with his 11 children told the Daily Nation, “There were times when I was afraid in the past, but now I thank God because we can sleep at night without a gun…Here, we are safe, we are surrounded by water, no one can commit a crime and escape easily.”

In the past few years, some witch doctors who have tried to invade the area for albino-related crimes have been prosecuted.

As human rights activists continue to fight for the rights of these albinos, it is the hope that people will honestly acknowledge their condition and generally accept them more into the larger society.