Many American families, including African-Americans, will today gather around their dinner tables to celebrate what is believed to be a joyful feast between Pilgrims and Native Americans, even though many have given different meanings to the holiday due to its dark history as described by some historians.

Essentially, Thanksgiving is celebrated to give thanks for the fruits of the previous harvest. In America, the celebration dates back to 1621, when the harvest was celebrated by the Pilgrims who had sailed from England on the ship Mayflower in September 1620 and were now settlers of the Plymouth Colony in what’s now called Massachusetts.

Other accounts debunk any sort of happy feast between Pilgrims and the native Americans at the time and rather describe the situation as white colonists who invaded a land, claimed it as their own, and slaughtered the indigenous people of the land in what is called the Pequot War between the settlers and the natives. 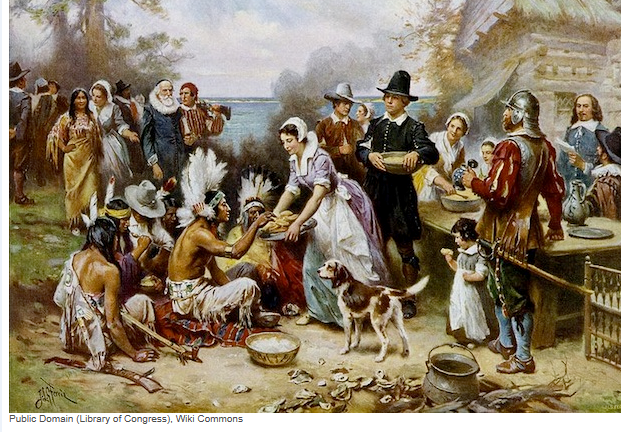 The Pilgrims and Thanksgiving — theberkshireedge.com

It is recorded that in the year 1637, Massachusetts Colony Governor, John Winthrop, declared “Thanksgiving” to celebrate the safe return of the colonist volunteers who left for war against the Pequot Indians. This war resulted in the massacre of about 700 natives (Pequot Indians).

All these happened at about the same period of slavery when the earliest ships of African slaves arrived in America. Although Thanksgiving is linked to the struggles and massacre that these Africans endured in early American history, they embraced the celebration even during slavery.

In 1777, when the Continental Congress delivered a decree for the 13 colonies to give thanks for reaching a victory over the British at Saratoga, the African slaves also took part in the celebration that generally was appreciative of rain and plenty harvest.

Since their masters allowed them to celebrate the day, the slaves who worked in the fields usually went out to catch wild game for their family and close friends while the women would prepare cornmeal cakes, or pone cakes to go along with the game. The house slaves had it better than the field slaves as house slaves feasted on the leftovers from the “main house” after the slave-owners finished their meals, accounts by Black Then said.

Generally, Thanksgiving, for most blacks, was along the Christian faith and throughout black churches in Antebellum America, pastors would openly preach against slavery and the struggles of black people, with hopes that their troubles would cease in the near future. Despite their worries and struggles, these slaves continued to give thanks. 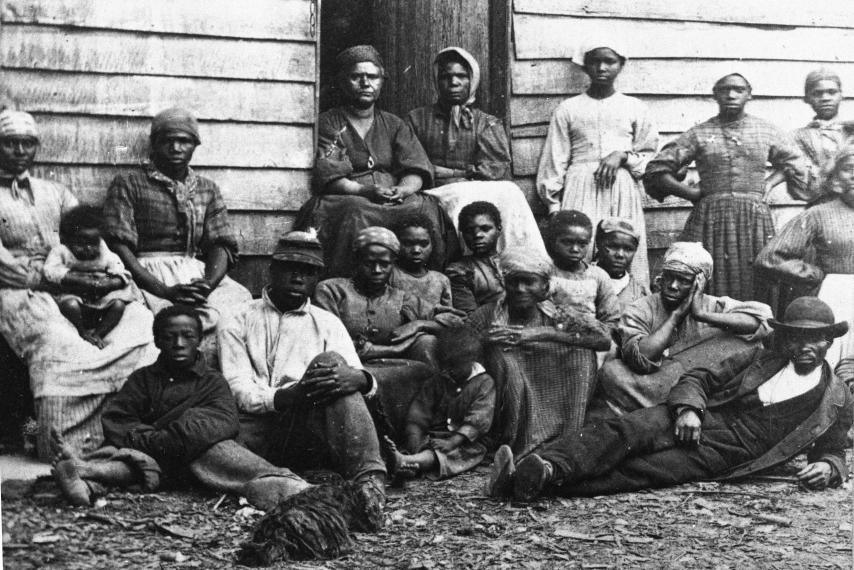 Later, on January 1, 1808, the U.S. Congress outlawed the importation of slaves into the U.S. though this did not end the brutal slavery in America.

Absalom Jones, one of the first African-American ordained ministers, delivered these words to commemorate the New Year of 1808:

“Fifthly, and lastly, let the first of January, the day of the abolition of the slave trade in our country, be set apart in every year, as a day of publick thanksgiving for that mercy. Let the history of the sufferings of our brethren, and of their deliverance, descend by this means to our children, to the remotest generations; and when they shall ask, in time to come, saying, What mean the lessons, the psalms, the prayers and the praises in the worship of this day? Let us answer them, by saying, the Lord, on the day of which this is the anniversary, abolished the trade which dragged your fathers from their native country, and sold them as bondmen and sold them in the United States of America.”

Meanwhile, slaves took advantage of Thanksgiving to escape as their slave masters were often far away from them and some also gave their slaves the opportunity to participate in various holiday traditions. Work was suspended for the slaves to celebrate and visit their spouses and children who were owned by different masters, therefore living on other properties.

Scores of slaves used this opportunity to visit their families to escape the horrors of slavery – they used what was called passes granted them by their masters to facilitate their escape and delay the discovery of their escape.

And as the importation of slaves in America did not end despite the U.S. Congress outlawing it in 1808, most of the freed black slaves immigrated to Africa to the then newly founded colony of Liberia, where they still celebrated Thanksgiving to thank God for their freedom and for the new colony they had found.

And then what they and their African colleagues back in America had been waiting for arrived; on January 1, 1863, President Abraham Lincoln signed the Emancipation Proclamation, a presidential proclamation and executive order that changed the federal legal status of more than 3.5 million enslaved African Americans in the designated areas of the South from slave to free.

That same year in October, Lincoln signed the proclamation of a national Thanksgiving Day, which unified the various regional practices that had already been taking place throughout the nation. It is important to note that though the first national Thanksgiving Day was proclaimed by President George Washington in 1789, it did not become a regular holiday in the United States until 1863 when Abraham Lincoln declared that the last Thursday in November should be celebrated as Thanksgiving.

Since then, many African-Americans have been celebrating Thanksgiving away from the church with family and friends. For such people, the Day is to celebrate their journey of living in America and to turn those struggles into something positive.

For critics who do not celebrate the Day, the root of Thanksgiving which is about the slaughter of the Indian natives is linked to the years of slavery that Africans endured in America and the harsh treatment and attacks their descendants endure today in the form of racial attacks and deaths in the black community often overlooked by authorities.