For most of Zimbabwe’s female inmates, Monday was a happy day following the decision by President Robert Mugabe to pardon all of the nation’s female prisoners except those on death row or who are serving life sentences.

The announcement was made through a government notice on Monday requiring all female prisons in Zimbabwe to release close to 2,000 inmates.

“A full remission of remaining imprisonment is, hereby, granted to all female prisoners regardless of offences committed, save for those sentenced to life imprisonment and to death,” part of the notice read.

According to the Herald, Mugabe’s amnesty has left some female prisons in Zimbabwe literary empty. The newspaper claims that a prominent women’s prison in Harare was left with only two inmates who are serving a life sentence.

As for male inmates, Mugabe’s pardon also freed 200 male inmates, including all juveniles, those who have served two-thirds of their jail term, those over the age of 60, the terminally ill and all convicts serving in open prison.

Monday’s announcement and the mass release that followed have aroused mixed reactions among Zimbabweans, with some critics arguing that the country is likely to see a drastic surge in crime.

“It’s either we have no money to continue feeding the inmates or we’re trying to create space for the next political prisoners for the coming elections,” a disgruntled Zimbabwean commented on a post published by News Day.

“What kind of logic is this? A murderer be either female or male is a murderer and should not receive pardon. You cannot have blanket amnesty like that,” another enraged Zimbabwean wrote.

Zimbabwe’s National Prosecuting Authority has also criticized the move, saying the pardon of nearly all female prisoners was a slap in the face of justice.

“We work hard to ensure that criminals are sent to prison and rehabilitated, justice is served when one serves their time and pays their dues to society,” an anonymous source was quoted by AllAfrica.

Reasons behind the Presidential Pardon

According to Reuters, President Mugabe’s decision to give amnesty to 2,000 inmates was informed by the increasing food shortage in the country, as most Zimbabwean prisons are struggling to feed inmates. 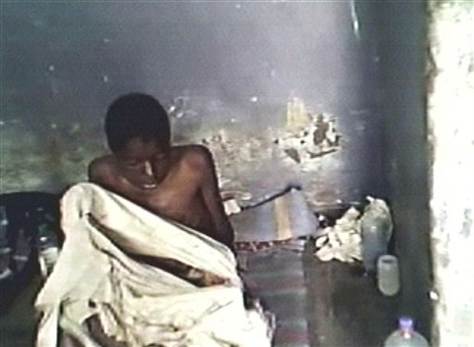 In a 2013 report, the US Embassy in Harare said scores of inmates in Zimbabwe have died from nutrition-related complications, largely induced by food shortages and other natural causes.

In March 2015, five prisoners were reportedly shot dead by police during a protest in a Zimbabwean prison over a food shortage. However, police said the five were shot while trying to break out of prison.

The Herald reports that the presidential pardon on 2,000 inmates will help to decongest the nation’s already crowded and cash-strapped prisons.