Prominent Zimbabwean businessman Wicknell Chivayo has caused a social media storm, after publishing a list of requirements for his future wife.

The extravagant tenderprenuer, whose close relationship with President Robert Mugabe’s family is no secret, announced on December 31 that one of his New Year’s resolutions will be to get married.

On his list of requirements, Chivayo said applicants must have natural hair, a light complexion, white teeth, and written recommendations from at least two former boyfriends.

Applicants must also demonstrate the ability to make a man successful and have a minimum of a university degree, preferably in finance or any business-related course. They should also be fluent in Shona and Ndebele (local languages) and at least two international languages.

To Chivayo’s requests, Soleye Oladunni George reacted on Facebook, “And some low life will definitely apply.”

The wealth-flaunting businessman also wants a wife who can cook local foods and has a satisfactory income source, which must be backed by a bank statement.

More strangely, the young millionaire wants his future wife to provide her mother’s CV with attached references from her father, and her grandmother should be less than 30 years old.

“All applicants are advised to send their applications by 1st January 2017. Attach birth and health certificates (HIV/AIDS recent results). Only selected candidates will be contacted,” Chivayo concluded.

The flamboyant businessman intensified the social media uproar Tuesday, when he posted a photo of him and a woman who he said was the successful candidate. 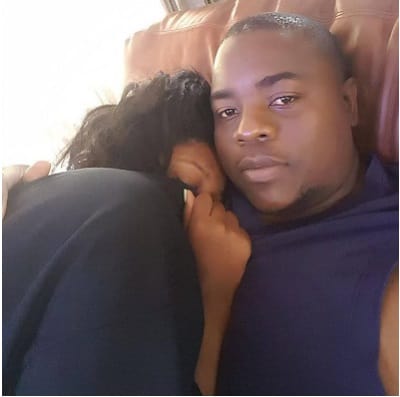 Wicknell Chivayo, a flamboyant Zimbabwean businessman, with one of the female applicants. Photo credit: Facebook

“Sir is chilling at home with the successful candidate,” the businessman posted on his Facebook page.

The photo attracted all manner of reactions, with some people making scathing remarks about the lady in the picture.

“Any lady with [a] good head on her shoulder will call off his bluff because if she’s good enough for him she should still be playing a bit hard to get just to make him prove he’s also good enough to meet her own requirements too,” Ola Mide commented.

Others ridiculed the woman’s hair, saying it is not natural. The controversial businessman has since taken down the photo.

Last year, Chivayo stirred controversy when he posted pictures of himself having dinner with President Mugabe’s daughter Bona Mugabe and her son in Dubai. He also referred to Mugabe’s wife, Grace Mugabe, as his “mother.”