“As a man, you need to discipline your wife…touch her a bit, tackle her and beat her to streamline her”- Onesmus Twinamasiko, MP, Bugangaizi East said following comments by Museveni that men who beat women are cowards and should face the full wrath of the law. pic.twitter.com/jLXTblnEUC

Growing up, I never saw my late father lay a hand on my mother. They trashed out issues via dialogue and not physical violence. Thus, I get worried when I hear children narrate their harrowing tales of being witnesses to domestic violence. It’s even more sickening when proponents of these kinds of violence give justifications for their actions. For many of these men, they have anger management issues and physical violence is the only way they can stay in control. But really? Is that it?

Well, can we really blame these men, when several communities believe that men are socially superior and so have the right to assert their power over women? The thing is these social norms that we absorb from our parents, friends, colleagues, media, religion and so on are doing more harm to us than good. These social norms are enforcing rigid gender roles and encouraging a majority of men to have control over their women’s bodies. The result is what we see now – where politicians who are supposed to fight for the social and economic well-being of our women would rather come out boldly and rally men around the need to “beat” their wives to “streamline” them.

And this is coming at a time when we all thought that we were making headway in the fight against domestic violence. Interestingly, comments such as these are not given the needed bashing they deserve from relevant authorities, with proponents going under the shield of “freedom of expression” to spew more hurting words. And all this is due to the environment we have created on the continent, where violence against women and girls is largely seen as acceptable, even where “so-called” laws describe them as illegal. 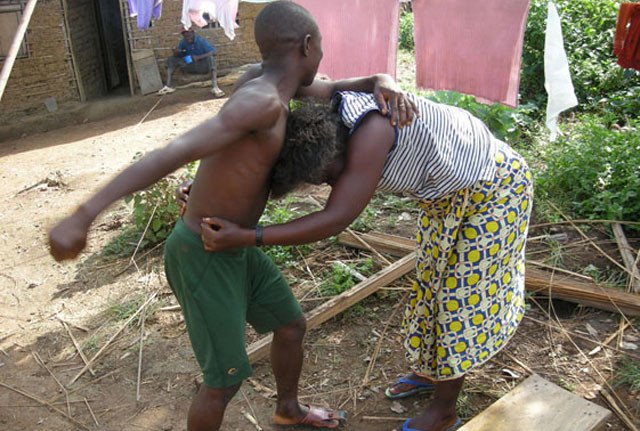 Statistics from the 2016 Africa Poverty Report indicate that acceptance of domestic violence is still exceptionally high – 77% acceptance rates in Mali and Uganda, 13% in Malawi, and 21% in Mozambique. The other shocking revelation from the report is that as much as 51% of African women believe that being beaten by their husbands is justified if they either refuse to have sex, argue back, either go out without permission, neglect the children, or burn the food. This clearly reflects the attitudes these women have about the issue at hand and how their beliefs continue to impede the fight against violence.

Uganda’s parliament has said it will investigate the circumstances under which its lawmaker made those staggering comments. But of course, that should not be all. In order to change how we respond to violence against our women and girls, we need to start with changing and challenging our own behaviour and thoughts.

We can subsequently engage our families, friends, colleagues and religious leaders on the need to break the stereotypes they have about men and women. So many women’s rights organisations are already leading these campaigns and that is laudable.

Our governments and public institutions should also intervene by introducing policies that will deal with these harmful social norms. Apart from increasing funding for support services, governments in various countries should also ensure that penalties for domestic violence are consistent and firm. And since so many women stay in abusive relationships because they will be homeless if they leave, creating an enabling environment for women to be economically independent can make a difference too.