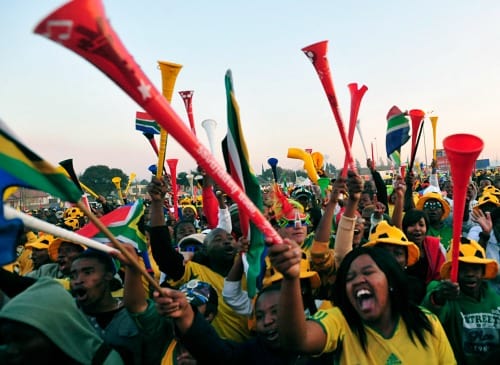 The FIFA World Cup event is one of the most-highly anticipated sporting events around the globe. This year’s World Cup begins this Thursday in Brazil, promising untold revenue and economic stimulus. However, the last World Cup in South Africa could foreshadow issues to come in Brazil.

In the city of Nelspruit, South Africa, more then 200 miles east of Johannesburg, the 2010 World 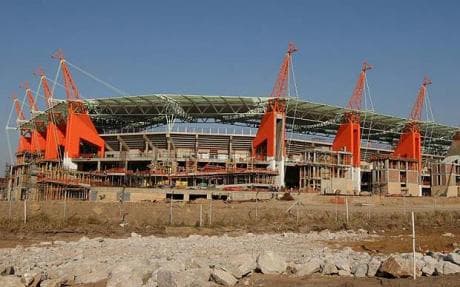 Cup event in the African nation was considered a relative success. Yet for those dwelling in the Matsafeni village just outside where the Mbombela stadium (pictured) was built — where a $2 billion infusion toward the region’s infrastructure was spent — residents say that promises made to them to improve their conditions went largely unmet. 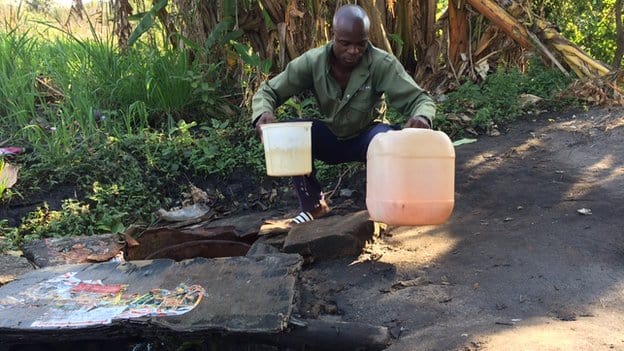 “They lied to us and betrayed us,” said Imaan Milanzi, a community liaison officer, pointing to a muddy hole in the ground surrounded by rubbish, bushes, and banana plants.

Half a dozen people, holding battered old plastic paint tubs, had formed a casual queue, waiting for their turn to access the borehole – their one, trickling water supply.

“They first promised to supply water, upgrade houses and roads. But they just built the stadium and disappeared.”

Mr. Milanzi echoes the claims of those who say that the World Cup left the Mpumalanga province in a state of despair.

As noted in the BBC report, only one of the eight World Cup stadiums, the FNB facility outside Soweto, remains financially sound.

The World Cup games did bring some change to the nation, though, such as the high-speed Gaultrain rail line that links Johannesburg, Pretoria, and the country’s major airport. There were also highway improvements and other additions, but highway tolls reveal that residents are still paying for the allegedly misused funds that helped build the framework for the event.

Still, Danny Jordan, the organizer of South Africa’s World Cup, says that the country expected far too much from the event, although he admits some overspending occurred.

FIFA, the worldwide governing body of international football, has made good on promises by building mini-pitches, or sports fields, to develop the game in Brazil. Still, Mr. Milanzi warns that Brazilian officials should not blindly accept the promises made by the organization.