The world’s largest museum, The Smithsonian Museum in the United States has returned to Nigeria rare photos of the ancient Benin Kingdom, which today is known as Southern Nigeria, for permanent display at the National Museum of Benin City.

The rare images are the work of a renowned Nigerian photographer Chief S.O. Alonge, who was the first authorized photographer of the Royal Court of Benin along with the royal arts from the kingdom.

Curated by a senior archivist at the National Museum of African Art, Amy Staples, the retrospective gallery is a collection of unique images detailing the traditional aspects of the Benin-Edo people, including their traditional arts, values and social history.

The photos, which were captured on Kodak glass-plate negatives, document over 50 years of the customs, spectacle and ceremonial objects of the obas (kings), their spouses and retainers. They also disclose an insider’s observation of the highly guarded Benin royal family and the court ceremonies. 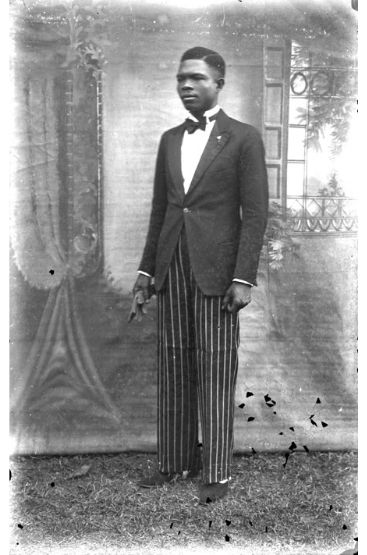 “Through his portrait photography in the ideal Photo Studio, Alonge provided local residents – many for the first time – with the opportunity to represent themselves as dignified African subjects,” Staples writes on Smithsonian’s website.

“His portraits of an emerging elite society in Benin City not only illustrate the cosmopolitan and modernizing influences of the 20th-century in Nigeria, they preserve the social history of Benin and its traditional leaders for future research and educational programs at the National Museum of Benin City.” 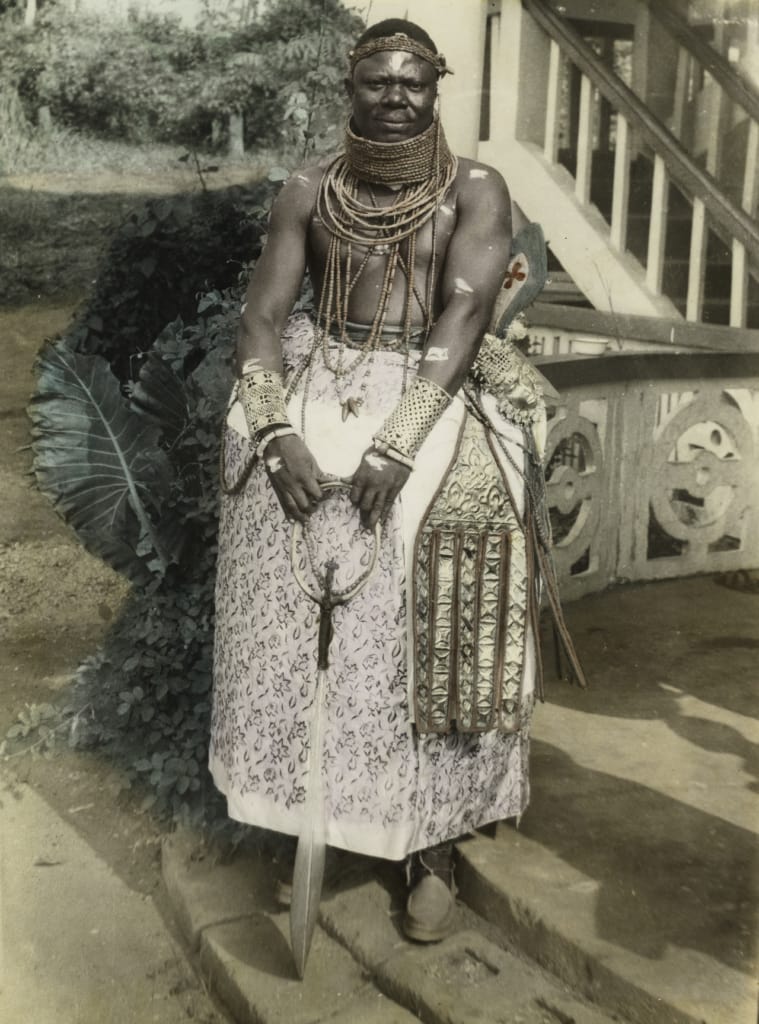 A king of the ancient Benin Kingdom. Photo credit: Pinterest

The photos have been on display at the American museum from September 17, 2014 and are being returned to Nigeria as a gift to Benin’s National Museum, resulting from a longstanding relationship between the Smithsonian and the National Commission for Museums and Monuments in Nigeria.

“We are delighted at the homecoming of Solomon Alonge’s photographic art to Benin City,” says the Chairperson of the Benin Publicity Committee, Ivana Ivie Osagie, who is also the Chief Executive Officer of Notore Seeds.

She also expects the photo gallery to help teach Nigerians and Africans in general a bit of the olden times with the hope of addressing the issue of identity, nationhood and memory.