A Zambian student seeking asylum in the US is giving organisers of a national poetry recital competition a hard time after they banned him from participating in the finals.

Allan Monga of Deering High School has sued organizers of the Poetry Out Loud competition to be held from Monday in Washington, D.C, saying that he has the right to compete in the finals.

He subsequently won the Maine state Poetry Out Loud finals in March. 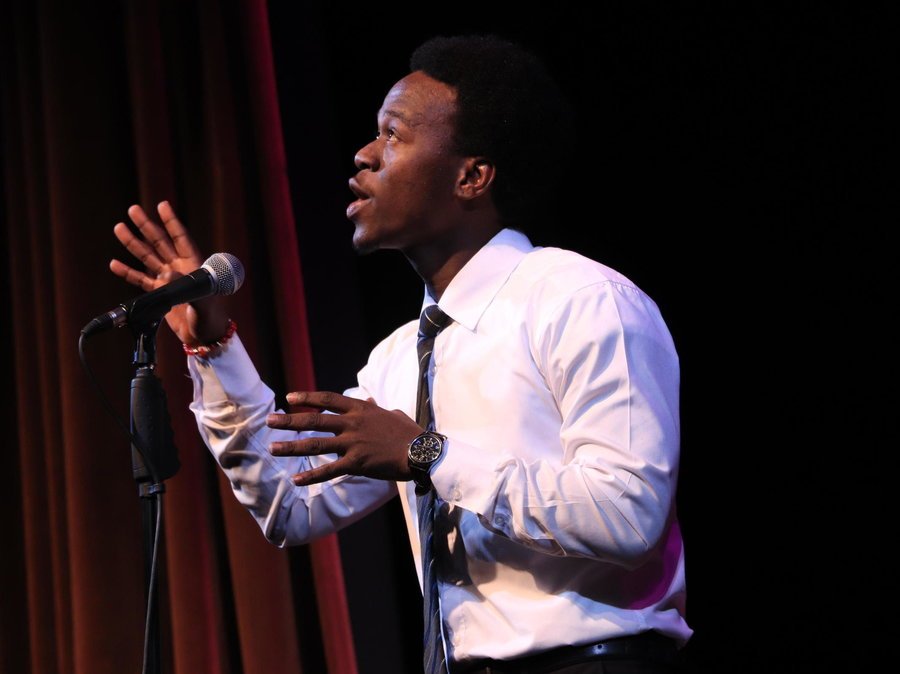 That gave him the right to compete in the national finals but the rules of the competition state that contestants must be U.S. citizens or permanent residents and hence Monga is not being allowed to participate in the programme being administered by the National Endowment for the Arts (NEA).

Monga’s attorneys are asking for a temporary restraining order and preliminary injunction against the NEA, which would allow Monga to participate, news site Central Maine reports.

A judge will give his ruling on the matter by Friday.

Meanwhile, Monga said he is still practising to ensure he does not lose out in case he gets the nod to go to the national finals.