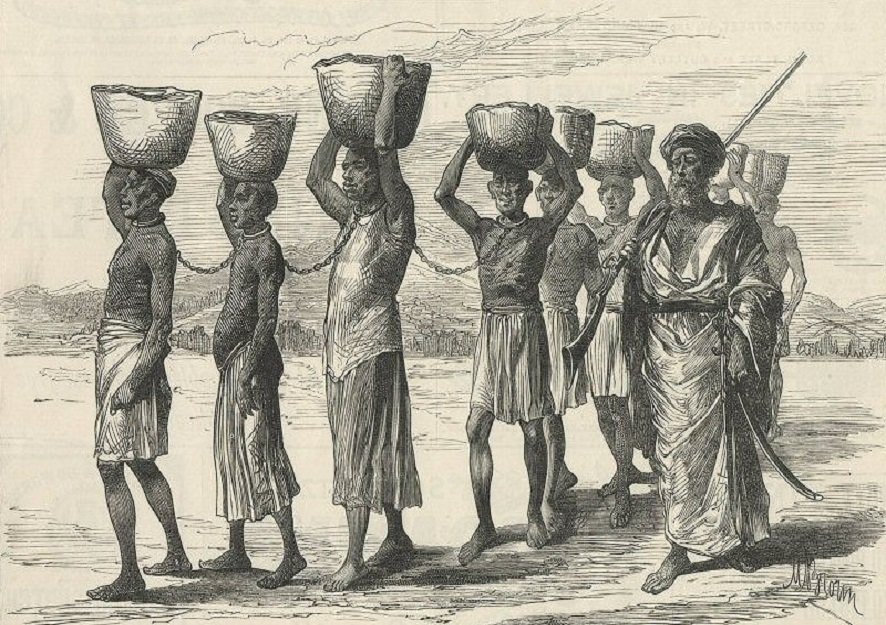 A depiction of the Arab Slave Trade…Online Tuition

There was more than one type of slave trade

The Trans-Atlantic slave trade was the most catastrophic in terms of the duration and the lives lost during transportation and those who were placed in the Americas and the Caribbean.

Nevertheless, it was not the only slave trade.

During the 5th century, the Indian Ocean slave trade enabled traders to disperse an exponential amount of slaves to India, Egypt, Ethiopia, the Far East, Arabia, the Persian Gulf, and islands in the Indian Ocean such as Christmas Island (Australia) and Phuket (Thailand).

In Cairo, Egypt, eunuchs or male concubines were sold in private quarters.