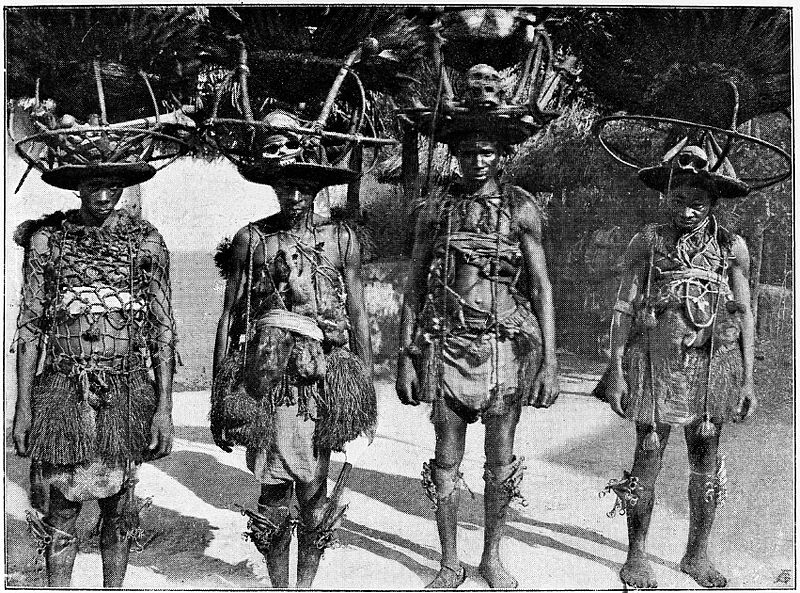 Poro society members. Note the dead animals symbolically attached to the second man, and the human skulls on their helmets. Source: Wikipedia

The Poro, also spelled, Purrah or Purroh, is one of the more documented secret societies in Africa. It is a men’s secret society in Sierra Leone, Liberia, Guinea and the Ivory Coast, said to have been introduced by the Mande people in 1000 AD. There are three ranks in which members: elders, chief priests, and boys to be initiated. The group is said to be responsible for preserving the cultural sanity of the community.

Although it has an affront as a hunting society, many believe that the group yields significant influence in politics, especially in Liberia. According to New York Times, Liberia’s notorious war Charles Taylor is believed to have co-opted the Poro Society, which helped him project an aura of mystery and invincibility.