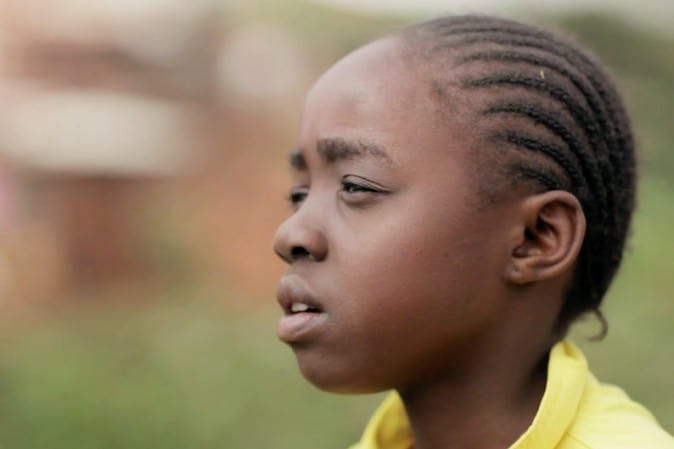 Ten-year-old Eunice Akoth (pictured) is an inspirational student and poet with big dreams and an even bigger spirit at Kibera School for Girls in Kenya. With Kibera being the largest urban slum in Africa, life for those who live there is especially challenging. “A Girl’s Life” brings both Eunice’s and her schoolmates’ lives to the fore, exposing a safe space for growth and love for the students of Kibera.

As with the title of the mini-doc, “A Girl’s Life” begins with a peek in to the life of Eunice who
rises early to do her chores before heading off to school.

And right from the beginning, you witness Eunice’s resilient spirit and strength.

“Growing up in Kibera as a girl is hard work, but if you trust in yourself, you can make it…yeah,” she says.

Then Eunice is off to school, bouncing along the city arm and arm with her peers who all possess a joy and optimism that money can never buy. 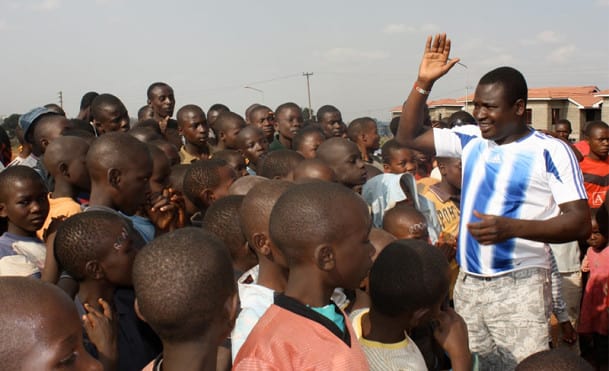 Kibera School for Girls was established by Kennedy Odede (pictured with hand raised) who realized as he grew up in those very slums that female education and empowerment were key weapons to combat poverty.

Odede soon founded Shining Hope for Communities (SHOFCO) as a way to provide holistic solutions (including girls’ education, economic empowerment, and community, water, and sanitation health programs) to urban poverty from the ground up.

“Our schools for girls serve as a long-term investment in transformative leadership. We identify and develop a generation of strong, ethical, community-centered female leaders with the power to change their communities and country.

“Our commitment to girls begins at the age of 4 and never ends. SHOFCO is dedicated to supporting our girls through university and connecting them to opportunities to grow as leaders,” SHOFCO’s website says. 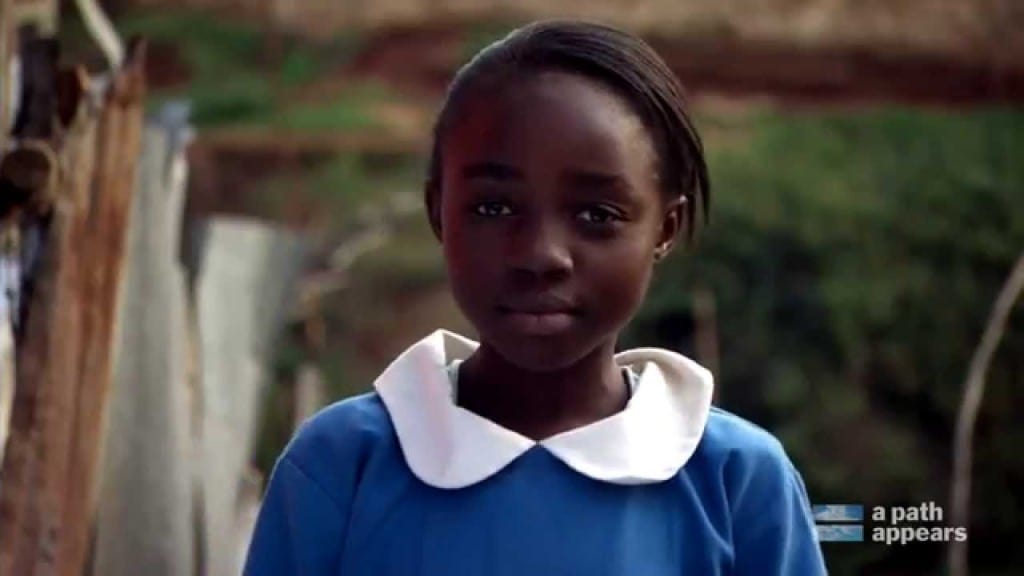 And the significance of the Kibera School isn’t lost on Eunice, who adds, “Here in Kibera, boys are educated more than girls, but this is my fifth year in school.”

At school, the students are shown taking in the instruction with wide eyes and eager hearts.

Eunice, who recently visited New York City and is passionate about traveling more, shares the dreams she has for both herself and Kibera, “All over the country people are dying, so I want to go to a university, learn how to be a doctor, and I want to help people living in Kibera.”

Watch Eunice’s life — as well as her peers — here: