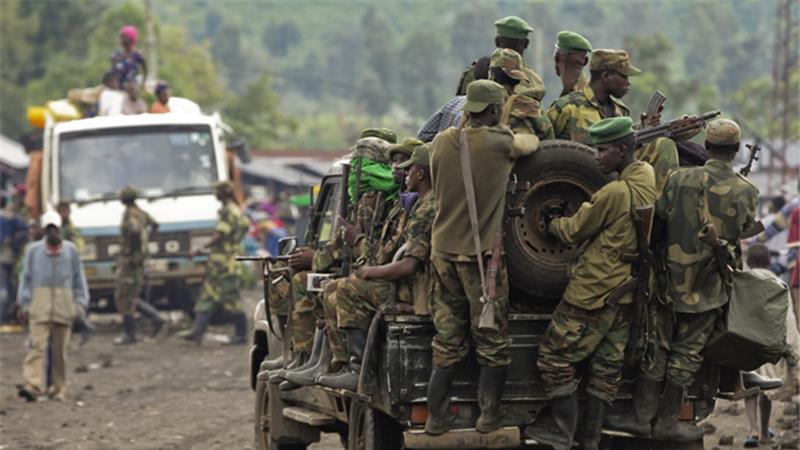 Sanctions against the DRC include prohibition against arms sales, in an attempt to keep rebel factions from attacking ordinary citizens. (Photo: Al Jazeera)

Concerns over human rights abuses and state-sponsored oppression and widespread corruption have led several countries, among them the US, UK and international bodies like the EU and the UN, to impose a range of sanctions and restrictions on the Democratic Republic of Congo (DRC).

DRC has some of the longest-running sanctions on this list. The UN resolution imposing an arms embargo on the country was adopted in 2003; EU legislation imposing similar sanctions was announced 10 years earlier, in 1993. The UK and the US have also separately imposed strict embargoes on the export of arms and other related material to the Congo.

Other restrictions on the DRC include asset freezes and travel bans on targeted individuals, the suspension of aid and developmental programs and the cooling of diplomatic relations.