With Africa having the largest youth population in the world, the continent is tasked with providing proper education and concrete employment if it is interested in actualizing its potential. Nigerian tech start-up Andela has already positioned itself as a company looking to employ Africa’s best and brightest at competitive pay.

Andela was founded by Nigerian Iyinoluwa Aboyeji (pictured above, left), who landed the Economic Forum Global Shapers list in 2012, and American Jeremy Johnson, who has the distinction of making Forbes’ 2014 “30 Under 30” list.

On why they started the company, Aboyeji explains, “Andela began after my friend and mentor Jeremy Johnson visited Nairobi in 2013 and saw how a lack of career paths for young people was contributing to Africa’s youth unemployment.

“At about the same time, I had spent a year and a half in Lagos exploring new models of education that could raise the bar and tackle Nigeria’s chronic youth unemployment problem.”

It wasn’t long before the two saw an opportunity in the technology field.

“Even at $100,000 per year, Jeremy could not find a developer for his last company. That was when we decided to begin recruiting our first class.”

Last June, Andela recruited its first class of 100 developers out of 15,000 applicants.

Applicants must complete an online application, take aptitude and skills tests, show up to an in-person interview, and then participate in a two-week bootcamp.

If Andela aspirants are able to successfully build web applications while showcasing speed and dexterity, then they are selected. 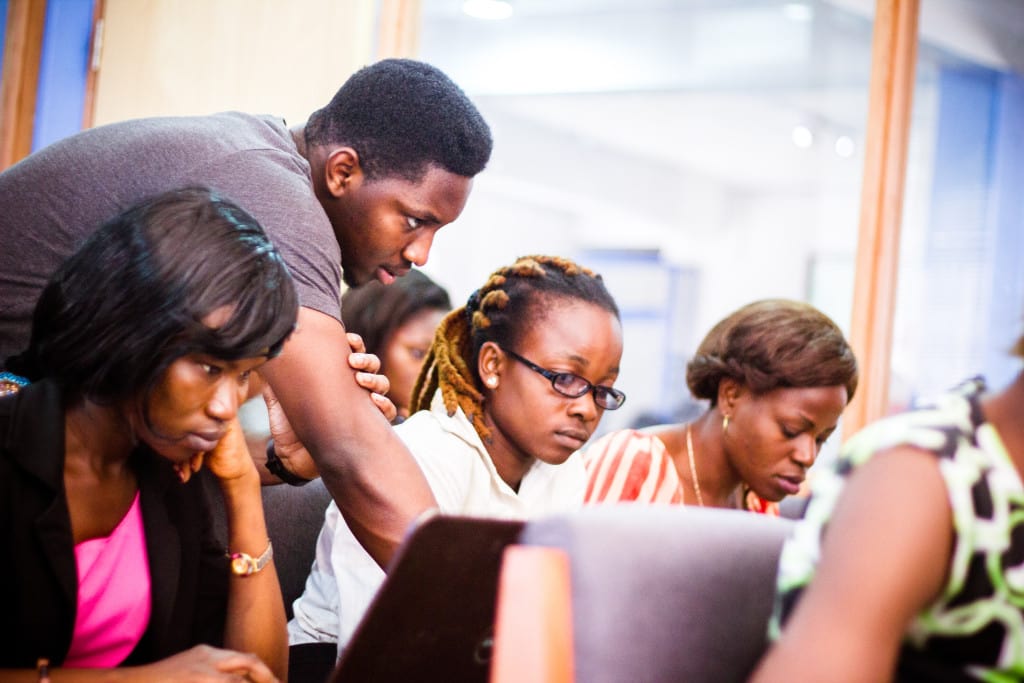 Andela currently accepts just 1 percent of its applicants, making it one of the most-selective training programs in the world.

Aboyeji adds, “We are looking for brilliant young people who are potential leaders, and who have the grit and perseverance to get through a very tough program.”

Andela acts as talent accelerator, scouting for smart and ambitious Nigerians with the potential to work as top-level developers for foreign firms. The ones who pass the rigorous selection process are paid what the company calls an upper middle class Nigerian wage while training. Successful alumni have been placed with for Fortune 500 companies like Microsoft as well as up-and-coming start-ups, all while being based in Nigeria.

And while Andela currently has offices in New York and Lagos, as recently as this April, the company also called for applicants from Kenya, Ghana, and South Africa.

In a statement about its expansion, Andela said:

“Each of these countries presents a strong case based on their vibrant youth populations, levels of innovation, strong signs of growth in the areas of technology and entrepreneurship, and more. With a combined population of over 100 million, these markets represent a path toward Andela’s vision of training 100,000 developers over the next 10 years.”

The forward-thinking company will reportedly decide on its next location based on the applications it gets.

Irrespective of where they expand next, Andela understands that the future is in Africa:

“We believe Africa is one of the largest untapped markets for talent development. The Andela team is made up of young professionals who are leading this movement of next-generation technology leaders across Africa and who will show the world that while the digital revolution may have started in America, its future will be written in cities and towns across Africa.”