Athletes participating in the Africa Senior Athletic Championship were left stranded at Murtala Muhammad Airport and at Asaba airport, 500km south of the capital, Abuja.

The African teams of at least 200 members were unable to travel to and from the airports since the Asaba airport is unlit and no flights can leave or land at night.

It is not sounding very good in Lagos. Tired and visibly upset team Kenya are now looking at options to fly back home ASAP if they can’t fly to Asaba today for Athletics champs that kick off tomorrow morning. Apparently airport in Asaba is unlit so no flights can land at night. pic.twitter.com/cczYijAgfP

There had been doubts about the readiness of Asaba to host the event after it was given the rights in November 2017, but they were cleared when the President of  Africa Athletics Council  Kalkaba Malboum visited the area. 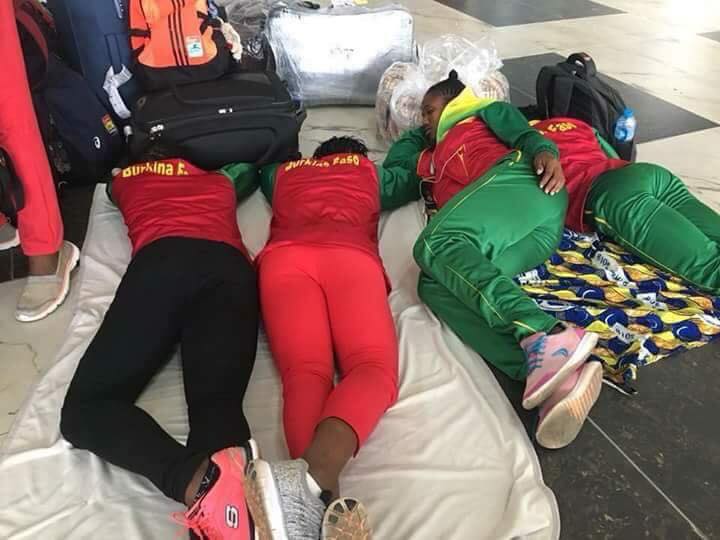 However, not so many athletes and officials share his sentiments.

Algerian team coach, Benid Amar said, “I have participated in a lot of Africa championships, but this championship has poor organisation.”

There has been no official statement from organisers of the event. 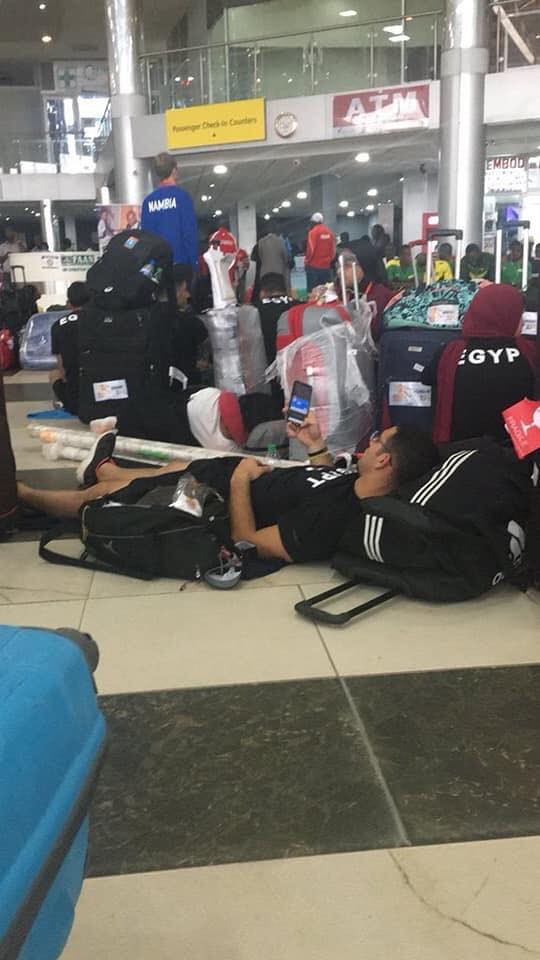 Here is how Africa reacted:

Nigeria should not be burdened with unnecessary drama like hosting the African Athletic Championship. They should be allowed to sort out their national problems without dragging everyone down with them.
Kenyan team now back in hotel after failing to fly to Asaba. pic.twitter.com/XJHMTLFzAI

It’s a disgrace what is happening. Every member of the LOC of the African Athletics championships in Asaba should be ashamed. Paying musicians and acting all good on instagram while some athletes have been stranded for days in Lagos because, no flight plans were made. https://t.co/E2ZgXEp1n6

Apparently Nigeria is making a big fool of herself by trying to host African athletes. #Asaba2018 is already causing a national embarrassment, but sly, selfish and crooked politicians changing parties’ more important. Tueh!

Nigeria decided to shame Africa by subjecting athletes to the 2018 Asaba African Senior Athletics Championship to such inhuman treatment at Lagos International Airport, apparently there are no enough flights to the Delta State city of Asaba. pic.twitter.com/1fNQSo1OEr

Seemingly the athletics federation of Nigerian is not well prepared for this @asaba2018 ….
Athletes stranded and sleeping everywhere, anywhere, anyhow..
Maka why???
I sympathise with most who came from outside Nigeria.#thisisNigeria

It was the Confederation of African Athletics and the Asaba LOC to blame. The event was initially to be held in Lagos but was moved. The organisers were to arrange transport to Asaba https://t.co/6440MwPcqP

#Asaba2018 , this is Naija
Plz foreign athletes bear with us, we are used to these.