Bill Pickett was born as Willie M. Pickett in Jenks-Branch, Texas on December 5, 1870.  The rodeo rider, cowboy, actor and wild west performer was the second of 13 children.  He is the direct descent of slaves as his mother was born in captivity. 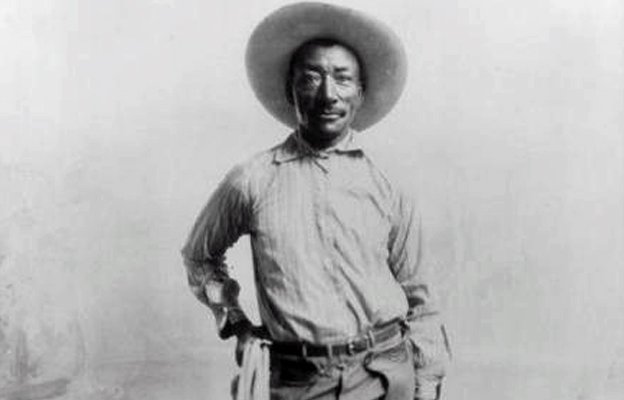 Of African-American and Cherokee descent, Pickett quit school while in the 5th grade to become a ranch hand.

Pickett was the originator of bulldogging – the art of grabbing cattle by their horns and wrestling them to the ground.  He also bit cows on their lips and fell backwards as a bulldogger.

Pickett’s tricks and stunts earned him fanfare at local county fairs.  Eventually, he began travelling to places such as Oklahoma, Arizona, Wyoming and throughout Texas to showcase his talents.

In 1890, Pickett married Maggie Turner; the daughter of a white plantation owner. She was also a former slave. Turner and Pickett had nine children.

In 1905 he joined the roster of performers on the 101 Ranch Wild West Show and began using the stage name “Dusky Demon.” It was at this time that he also began his acting career. Nevertheless, he was forced to claim Comanche heritage so that he could appear on film. He appeared in “The Crimson Skull” and “The Bull Dogger.”